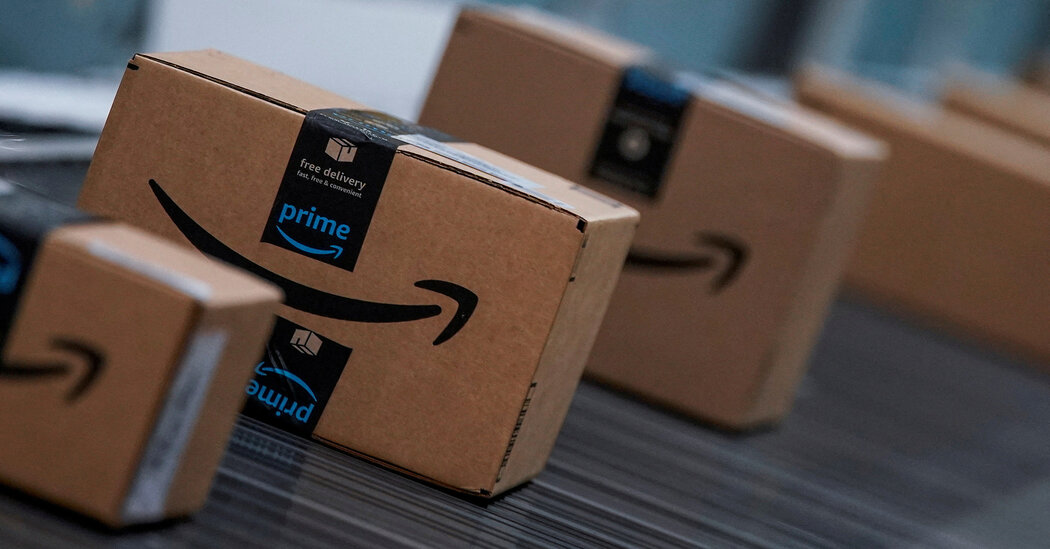 Amazon on Tuesday agreed to give merchants operating in the European Union more access to valuable real estate on its website, the European Commission said Tuesday, in a deal that ends antitrust investigations by regulators who said the company had used its size and power to stifle competition in the bloc.

The settlement helps Amazon avoid what could have been a multibillion-dollar fine, while giving the European Commission, the European Union’s executive branch, a victory in delivering long-sought changes to the world’s dominant online shopping platform. Under the deal, the company will also be barred from using nonpublic information it gathers about independent merchants to inform Amazon’s own product choices.

The deal is an attempt to put more guardrails between Amazon’s role as a digital storefront that many merchants depend on to reach customers, and as a maker of products that often compete with those outside sellers. The dual roles have created a conflict of interest, critics say, allowing Amazon to favor its own products and services over small rivals who have few other ways to reach customers online.

“Today’s decision sets new rules for how Amazon operates its business in Europe. Amazon can no longer abuse its dual role and will have to change several business practices,” said Margrethe Vestager, the European Commission’s executive vice president who oversees digital policy and antitrust enforcement. “Competing independent retailers and carriers as well as consumers will benefit,” she said.

An Amazon spokesperson said the company was “pleased that we have addressed the European Commission’s concerns.”

“While we continue to disagree with several of the preliminary conclusions the European Commission made,” the spokesperson said, “we have engaged constructively to ensure that we can continue to serve customers across Europe and support the 225,000 European small and medium sized businesses selling through our stores.”

Already seen as the world’s most active regulator of the tech industry, the European Union is now acting even more aggressively. On Monday, antitrust regulators brought charges against Meta that could result in billions of dollars worth of fines for anticompetitive practices related to its marketplace service for selling goods. Apple and Google are also under investigation for possible antitrust violations.

Companies are also racing to comply with new E.U. laws passed this year that target the tech sector and take effect by 2024. The rules give regulators even more authority to crack down on what is seen as anticompetitive business practices and force social media companies to police user-generated content more actively.

The settlement lasts for five years and legally applies only to Amazon’s operations in the European Union.

Can Medical Alexas Make Us Healthier?

This article is part of the On Tech newsletter. You can sign up here to receive it weekdays. Are voice recognition technologies like Alexa helpful in medicine or are they hogwash? For now, the short […]

The move is a blow to Meta’s metaverse efforts and signals a shift in how the Federal Trade Commission is approaching tech deals. Source

SAN FRANCISCO — When Esaïe Prickett sat down in the living room with his mother, father and four older brothers, he was the only one wearing Google Glass. As Esaïe, who was 10 at the […]