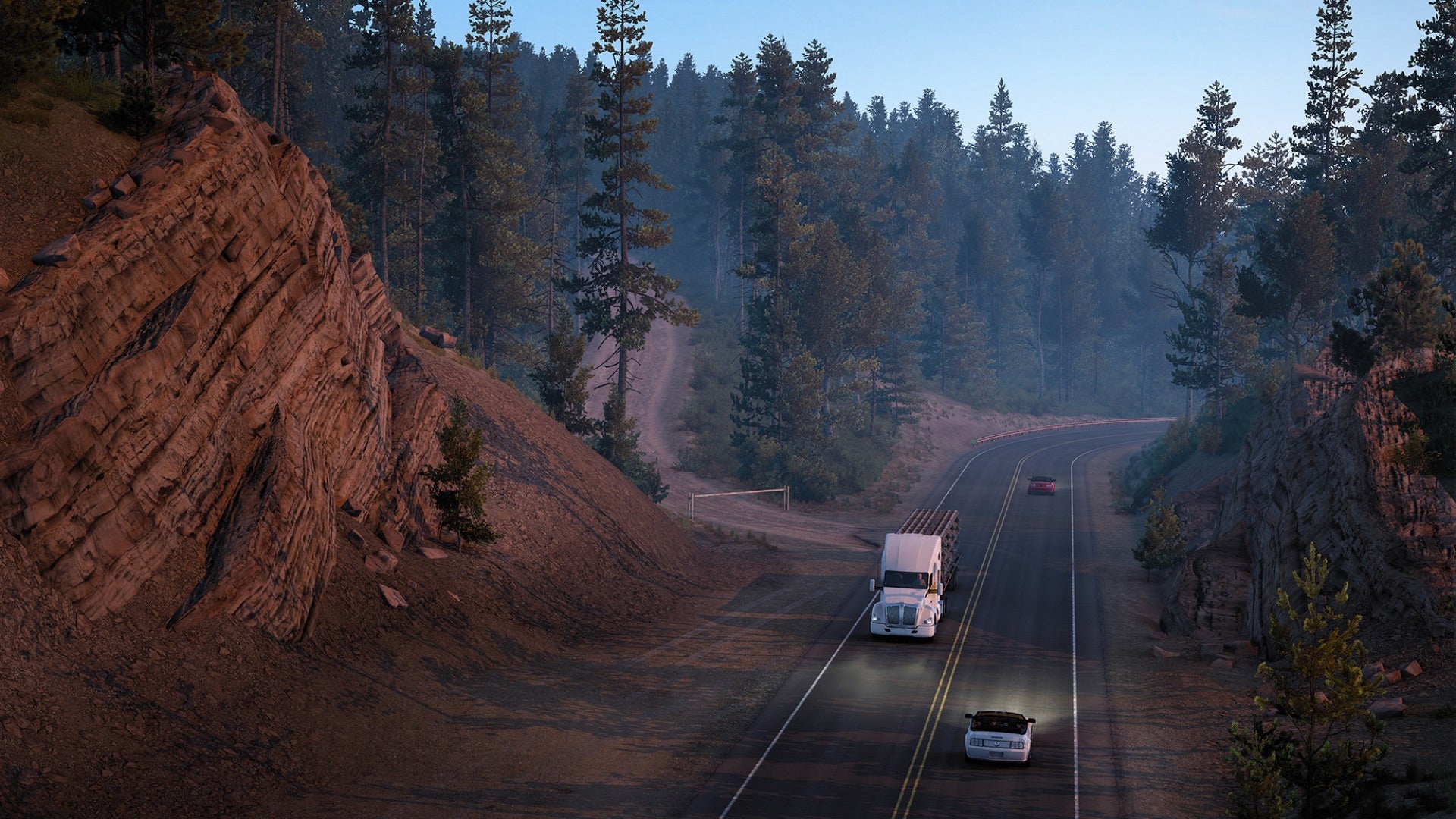 If you found yourself suitably enthused for American Truck Simulator’s Montana expansion following last week’s 30 minutes of soothing cross-country trundling, there’s some great news; it turns out developer SCS Software was somewhat underselling it when it said development was “slowly approaching the finish line” – the Montana expansion is out next week.

Those curious for a glimpse at the routes American Truck Simulator’s Montana expansion will unlock can get a taste of the journeys ahead in SCS’ newly updated map. Montana’s beautifully recreated landmarks also get an airing in the launch trailer below, but for a more genteel preview, SCS’ wonderfully relaxing 30-minute sight-seeing tour is well worth your time.

As for what’s next, that question has already been answered; SCS confirmed it was working on Texas – a mammoth undertaking given the sheer size of the state – back in March last year, but what’s to come after that currently remains a mystery. Oklahoma seems like a fair bet, given it continues SCS’ left-to-right march across the US, slotting neatly above Texas, but it’s far from the only candidate with North Dakota, South Dakota, Kansas, and Nebraska also contenders.

For now, though, there’s Montana. Expect the expansion to cost £9.99 when it launches on Steam next Thursday, 4th August.