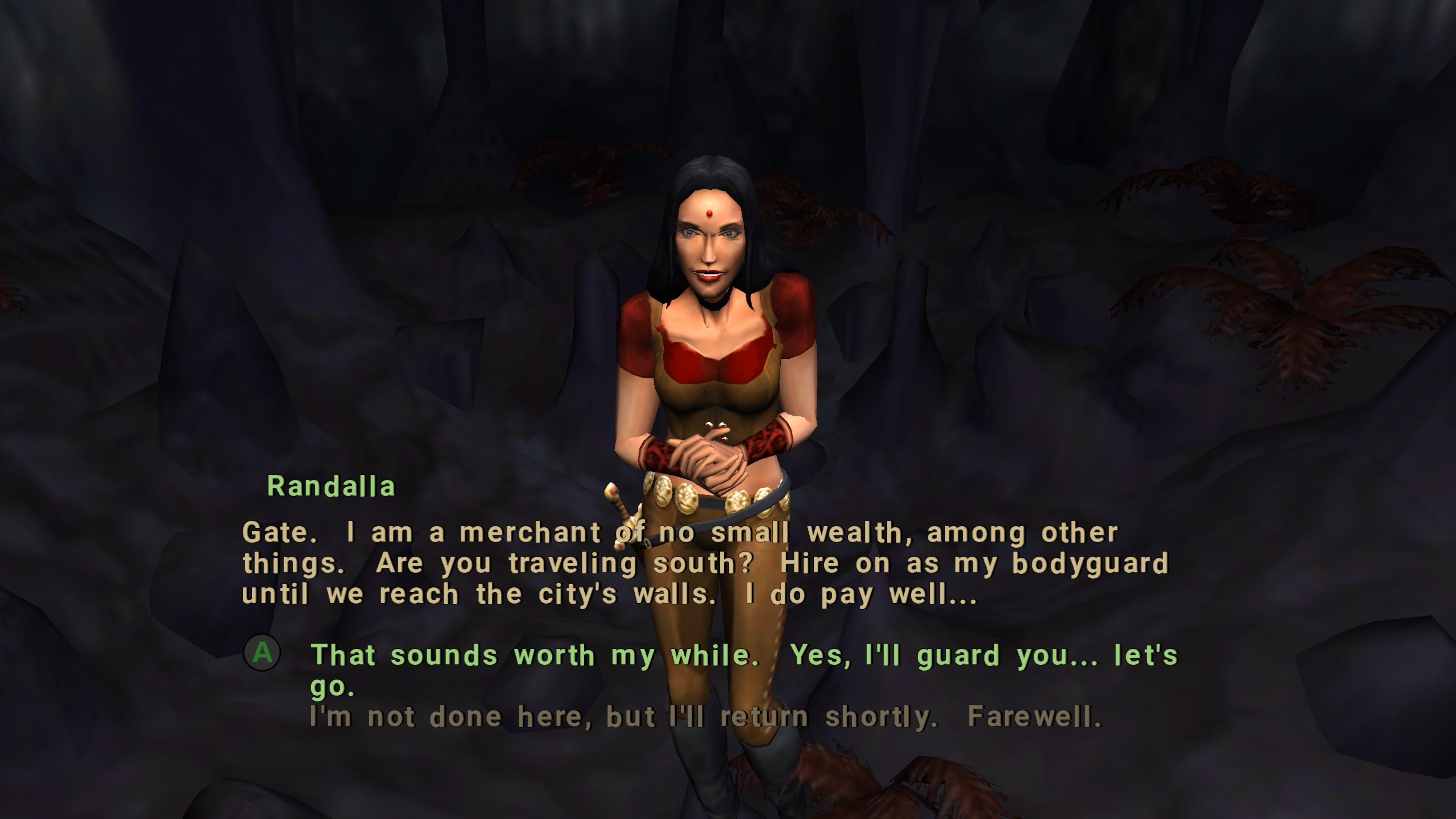 Baldur’s Gate: Dark Alliance 2 is old, clunky and boring, but at the same time I am entranced by it. This is history I’m playing; the game is 18 years old. There’s nothing you can do short of remaking it that’s going to make it feel young and exciting again – and Wizards of the Coast tried that last year with Dungeons & Dragons: Dark Alliance, and look how that turned out (clue: not well). So all those lumps and bumps I feel while playing it – all those things that have been smoothed by the many waves of action role-playing games since – I don’t mind them. In fact, I love them, because they’re what revisiting Dark Alliance 2 is all about.

Quick history lesson: Dark Alliance was an experiment, really, in bringing Dungeons & Dragons to console. Interplay didn’t want a slower, wordy adventure like BioWare’s Baldur’s Gate but something more suited to a console audience – something faster, something more action-packed. So it enlisted Snowblind Studios (which would go on to make something of a spiritual successor in The Lord of the Rings: War in the North – remember that? We gave it 4/10) to make one. There was reticence but when BG Dark Alliance came out in 2001, it was surprisingly well received, so a sequel was greenlit.

This time, however, the beloved Black Isle Studios would make it. This was the house of Planescape: Torment, Icewind Dale and Fallout, a bonafide RPG legend, and its involvement added a layer of intrigue and excitement to the game. But Dark Alliance 2 would also be the last game Black Isle would release, with Interplay closing the studio and laying off all of the staff months before release, and cancelling a Dark Alliance 3 in the process. People from Black Isle would go on to form new studio Obsidian Entertainment thereafter. So there’s all this history wrapped up in the game.