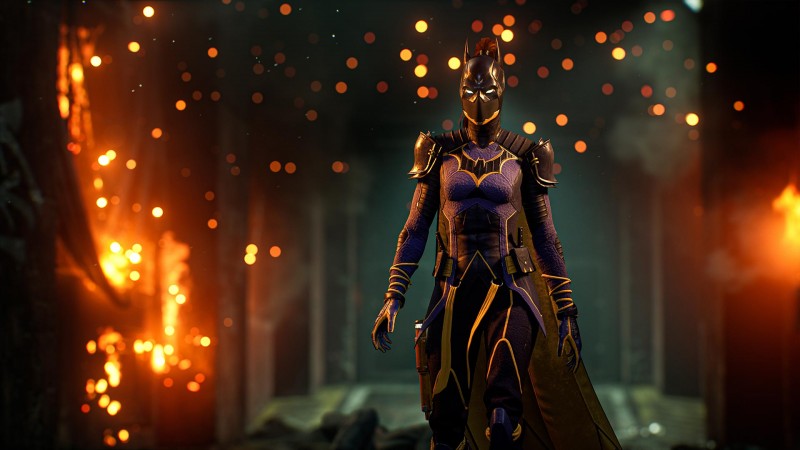 Warner Bros. Montreal’s character spotlights have given us detailed looks at Nightwing and Robin, and now we get a good look at Batgirl’s combat prowess in Gotham Knights. In the trailer above, we see her acrobatic maneuvers make short work of a gang. The footage also shows what appears to be a boss fight and a couple of alternate skins that players can unlock for Barbara Gordon.

Slated to release on October 25 on PlayStation 5, Xbox Series X/S, and PC, Gotham Knights tells the story of a Batman-less superhero world and shows how his wards rise to take his place. The playable characters are Robin, Nightwing, Red Hood, and Batgirl. You can play whoever you want, and it won’t disrupt the game’s cooperative play. Warner Bros. allows two Batgirls to run together, should players wish to attain an Elseworlds vibe.

The skins shown in the video will likely need to be unlocked by finding blueprints and acquiring the proper crafting materials to build them.

Following the success of Rocksteady’s Arkham series and Warner Bros. Montreal’s contribution, Gotham Knights has enormous shoes to fill. Here’s hoping it’s every bit as good as the titles mentioned. We need another great Arkham-like game.