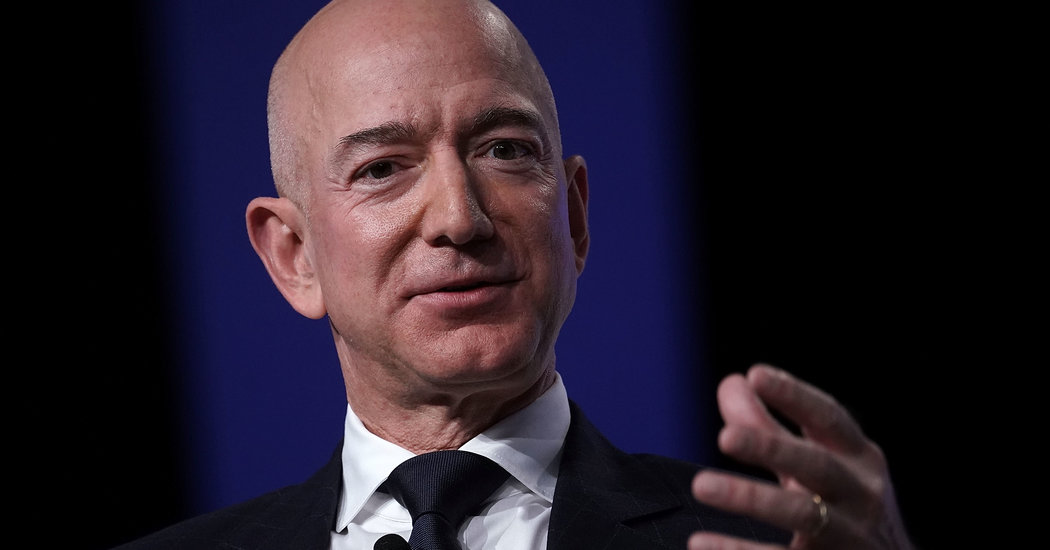 SEATTLE — Jeff Bezos’s security consultant accused the Saudi government of gaining unauthorized access to the Amazon chief executive’s phone, as part of an effort to harm the world’s richest man.

In an opinion article in The Daily Beast on Saturday, Gavin de Becker, Mr. Bezos’s security chief, alleged the Saudis wanted to hurt Mr. Bezos because he owns The Washington Post. The Post has aggressively reported on the murder of Jamal Khashoggi, one of its columnists, who was killed last year in Turkey. United States officials have concluded Mr. Khashoggi, who was critical of Saudi leaders, was killed on the orders of the Saudi crown prince, Mohammed bin Salman.

Mr. de Becker said he had turned over his findings about the Saudis and their role against Mr. Bezos to law enforcement.

“Our investigators and several experts concluded with high confidence that the Saudis had access to Bezos’ phone, and gained private information,” Mr. de Becker wrote.

Mr. de Becker’s claims about the Saudis are difficult to verify and raise many questions. Throughout his article, the security consultant was vague on details. He did not reveal direct evidence of his accusations and wrote that he would not speak again publicly on the issue.

Amazon did not immediately have a comment about Mr. Bezos. An official with the Saudi embassy in Washington declined to comment on Saturday.

Mr. de Becker’s allegations are the latest twist in a bizarre situation that has embroiled the largest U.S. tabloid publisher and Mr. Bezos, who runs Amazon and owns The Post. The unusual set of circumstances began in January, when Mr. Bezos announced that he and his wife, MacKenzie Bezos, were divorcing. The next day, The National Enquirer published an exposé revealing that Mr. Bezos was romantically involved with Lauren Sanchez, a former Los Angeles TV anchor.

Then in February, Mr. Bezos published a post on Medium accusing the parent of The Enquirer, American Media Inc., of “extortion and blackmail.” Mr. Bezos said AMI had threatened to publish graphic photographs of him, including a “below-the-belt selfie,” if he did not publicly affirm that The Enquirer’s reporting on his affair was not motivated by political concerns. He said AMI, which has had ties to the Saudis, was “apoplectic” about The Post’s reporting on the Saudis.

Mr. Bezos added that he had asked Mr. de Becker, his longtime security consultant, to investigate who had leaked information and photos about him.

Earlier this month, The New York Times reported that two people with direct knowledge of The Enquirer’s reporting said that everything the tabloid received on Mr. Bezos’s affair, including the “below-the-belt selfie,” came from a single source. The Wall Street Journal later reported that AMI had paid Ms. Sanchez’s brother, Michael Sanchez, $200,000 for the texts.

But Mr. de Becker on Saturday said that the effort against Mr. Bezos went beyond Mr. Sanchez and also involved the Saudis. Mr. de Becker pointed to an article published on Saturday by The New York Post in which Mr. Sanchez said The Enquirer “had seen text exchanges between the secret couple” before he was in touch with the tabloid on the matter.

“Reality is complicated, and can’t always be boiled down to a simple narrative like ‘the brother did it,’” Mr. de Becker wrote.

He did not say whether the Saudis provided any of Mr. Bezos’s personal information from the phone to AMI.

“As of today, it is unclear to what degree, if any, AMI was aware of the details,” Mr. de Becker wrote.

Mr. de Becker said his investigation included interviews with cybersecurity experts and “people who personally know the Saudi Crown Prince Mohammad bin Salman.” But he stopped short of saying what methods he believed the Saudis may have used to access Mr. Bezos’s personal information.

He added that AMI had wanted him to make a public statement “saying that my investigation had concluded they hadn’t relied upon ‘any form of electronic eavesdropping or hacking in their news-gathering process,’” and that the tabloid’s story was not “instigated, dictated or influenced in any manner by external forces, political or otherwise.”

Mr. de Becker said he told AMI in a recorded call that those claims were “not my truth.”

WASHINGTON — President Biden has assembled the most aggressive antitrust team in decades, stacking his administration with three legal crusaders as it prepares to take on corporate consolidation and market power with efforts that could […]

Skies Aren’t Clogged With Drones Yet, but Don’t Rule Them Out

If you’ve been worrying that drones would be filling the skies over your head, dropping packages off day after day at your neighbor’s house, leaving food on doorsteps or photographing your every move, you can […]

In House Antitrust Hearing, Lawmakers Focus on Harms to Privacy

WASHINGTON — House lawmakers on Friday pressed experts on how the market power of major tech platforms could hurt consumer privacy, showing that an antitrust investigation into Facebook, Google, Apple and Amazon is growing to […]