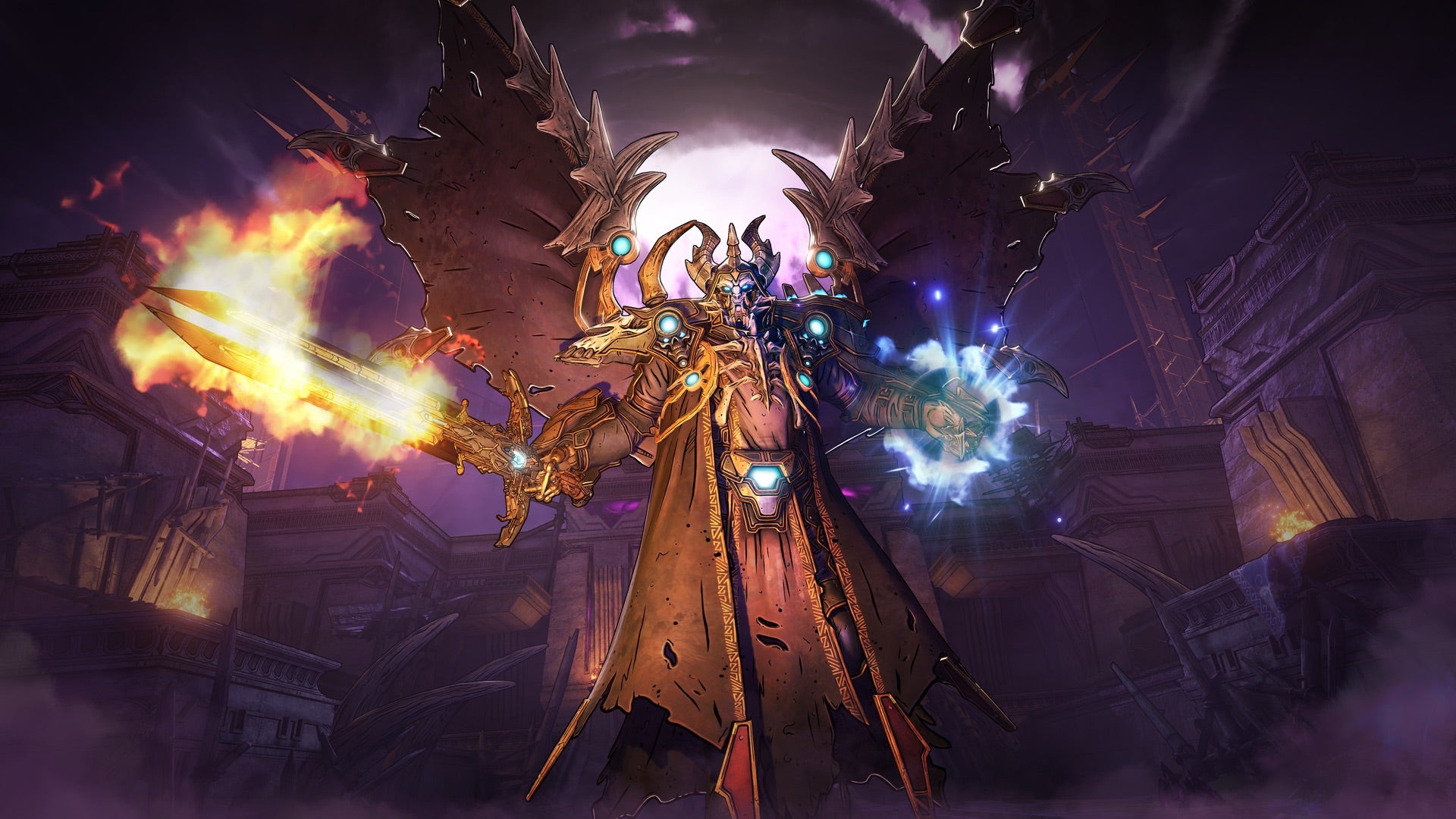 If you’ve been eyeing up Borderlands spin-off Tiny Tina’s Wonderlands but have been disinclined to purchase it during its Epic Games Store exclusivity period, you might like to know it’s making the leap to Steam this Thursday, 23rd June.

Released on Epic, PlayStation, and Xbox in March, Tiny Tina’s Wonderlands takes the tabletop-inspired action of Borderlands 2’s much-loved DLC episode Tiny Tina’s Assault on Dragon Keep and spins it out into a full-sized game of first-person fantasy adventuring.

The game-within-a-game premise casts players as an unnamed “newbie” in the real, Borderlands world who’s taking part in a D&D-like game called Bunkers and Badasses. Several celebrity-voiced friends are along for the ride, as is the irrepressible Tina, as Dungeon Master.

“It’s Ashly Burch’s character of Tiny Tina that sums it up best,” said Eurogamer’s Chris Tapsell in his review back in March. “That’s really all this game is. Something scrappy, irritating, giving the impression of something stitched together on the fly – but at least it’s still earnestly, chaotically, relentlessly upbeat as it dutifully scrambles along.”

Tiny Tina’s Wonderlands will be available as both a Standard Edition and Chaotic Great Edition, the latter including the season pass, when it comes to Steam this Thursday, 23rd June. There’ll be a launch discount until 7th July.