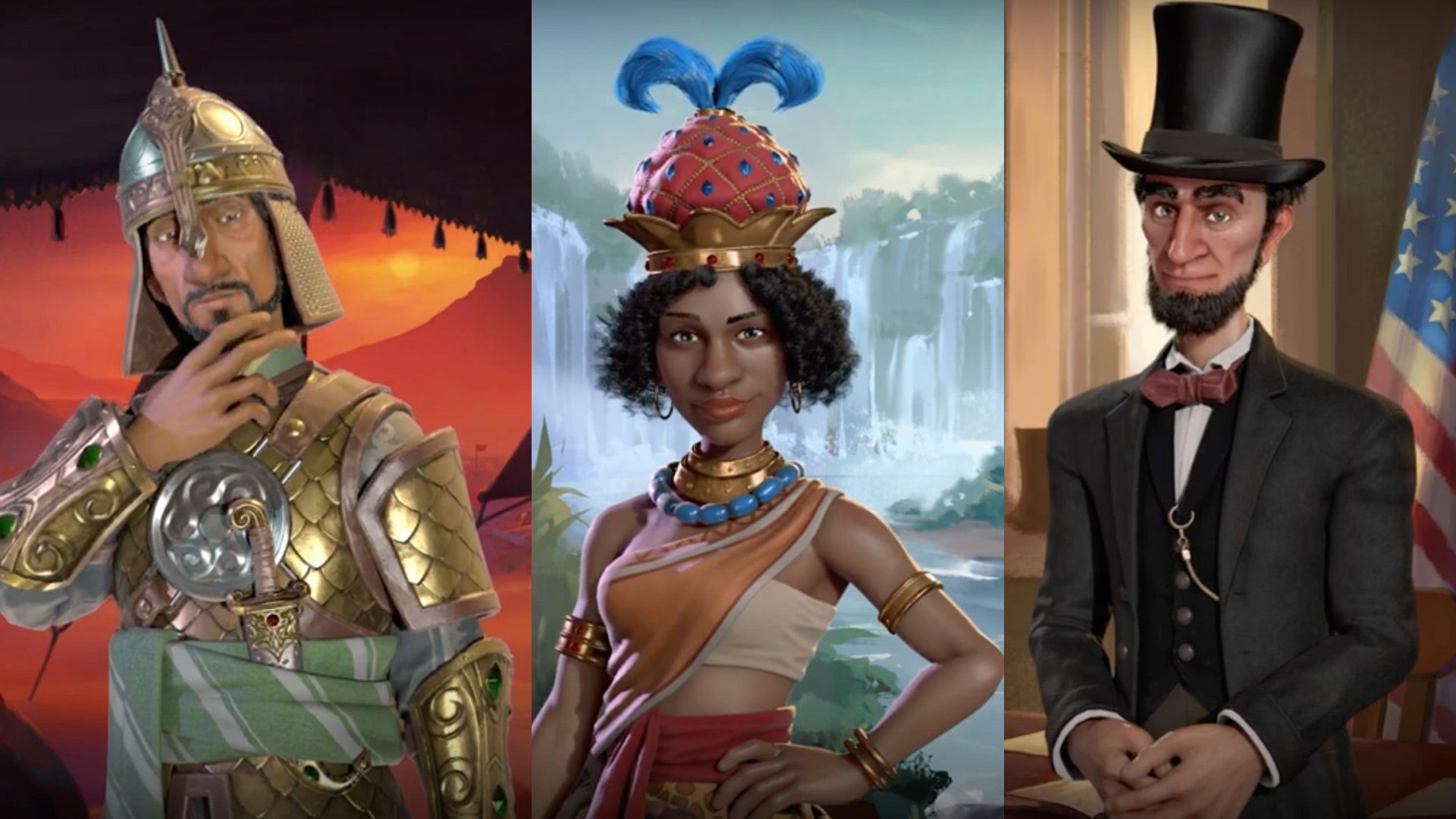 To celebrate the arrival of Civilization 6’s Leader Pass on PC, Mac, and iOS, developer Firaxis has provided a more detailed breakdown of Abraham Lincoln, Queen Nzinga Mbande, and Sultan Saladin – the first of 18 leaders being introduced across six included DLC.

First up in the Leader Pass’ inaugural DLC, known as the Great Negotiations Pack, is Abraham Lincoln, representing the United States. Lincoln abides by the Preserver of the Union agenda – meaning he only likes civilisations with the same form of government – and makes use of his Emancipation Proclamation ability, which has a number of different effects depending on the expansions players have installed.

Those with just the base game get +2 Amenities for Industrial Zones and their buildings, but receive -1 Amenities for Plantations. These numbers increase to +3 Amenities per turn and -2 Loyalty respectively when using the Rise and Fall & Gathering Storm DLCs.

Additionally, base game civilisations led by Lincoln receive a free melee unit with +5 Combat Strength (requiring no resources to maintain) after constructing Industrial Zones and their buildings. Those with Rise and Fall & Gathering Storm also get an Amenity with their free unit.

Next is Queen Mbande Nzinga (Kongo), whose Decolonization agenda means she likes civilisations on a single continent but dislikes those with cities on more than one. Her Queen of Matamba and Ndongo ability gives +5 Combat Strength against civilisations whose capital is on a different continent, and Trade Routes to civilisations that share her home continent receive +20% Yields. However, there’s a -15% penalty for Trade Routes anywhere else.

Last up is Sultan Saladin (Arabia), who dislikes leaders that wage war on followers of his religion. His The Victorious Military ability, meanwhile, awards a +100% Flanking and Support Bonus to all combat and religious units.

Civilization 6’s 15 remaining Leader Pass leaders will arrive over the course of five additional DLC, planned to release by the end of March next year. All six DLC are included in the Leader Pass, which costs £17.99 on PC or is free to owners of the Anthology bundle.

Players can also gain access to a free new leader, Julius Caesar, by creating a 2K account and linking it to their game. Using his Veni, vidi, vici ability, Caesar receives 200 Gold when conquering a city for the first time or 100 Gold when clearing a Barbarian Outpost. These amounts increase to 500 after researching steel.