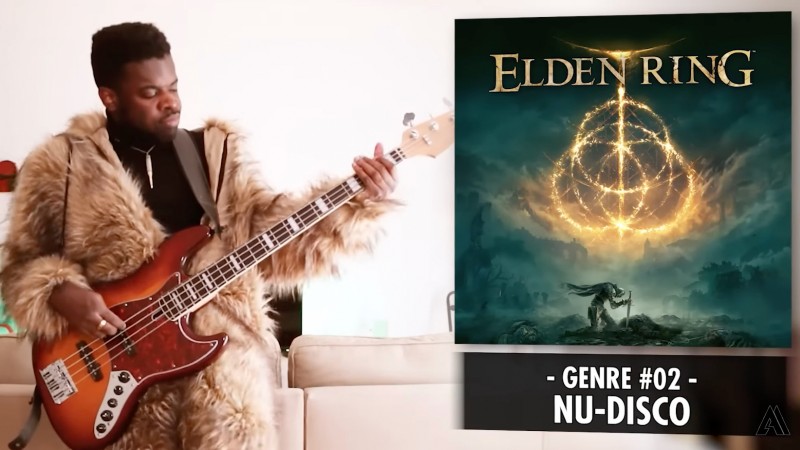 If you’ve played Elden Ring, then you’re familiar with the strange occurrence that happens when you reach the main menu of the game and you’re somehow forced to sit on the screen for at least 30 seconds while listening to what can only be described as an extremely hype start to the day’s Elden Ring session (or is that just me?).

It’s a great song – orchestral, epic, and an awesome way to begin the game each time you boot it up. However, what if it was composed in a different style, perhaps as a symphonic metal song? Or maybe a lofi hip-hop track? Well, composer Alex Moukala has done just that and more. In fact, Moukala covered the main theme of Elden Ring in 15 different styles: Spanish Guitar, Nu-Disco, Symphonic Metal, Smooth Jazz, Lofi Hip-Hop, Darksynth, Movie Trailer, Piano Solo, Baroque (my personal favorite), Reggae, Big Room House, French House, Trap x Traditional Japanese (also possibly my favorite), and Orchestral.

As you can see in the video above, there’s not a single style Moukala remixes Elden Ring’s theme into that doesn’t work – if I booted up From Software’s latest, which is great but even better when playing with friends, and any of these started playing, I’d be just as excited as I am when I hear the standard theme. If you like these remixes, you’re in luck because Moukala does this all the time. He has other “X Game In 15 Different Styles” videos, video game trailer music rewrites and re-arrangements, music analyses, and so much more. His entire channel is great!

For more Elden Ring, read Game Informer’s Elden Ring review to find out why we gave it a 10 out of 10 and then read about why one Game Informer editor believes From Software’s next game should prioritize co-op. Check out this story about how someone used a modded Fisher-Price baby controller to play Elden Ring on PC after that.

Which style is your favorite? Let us know in the comments below!