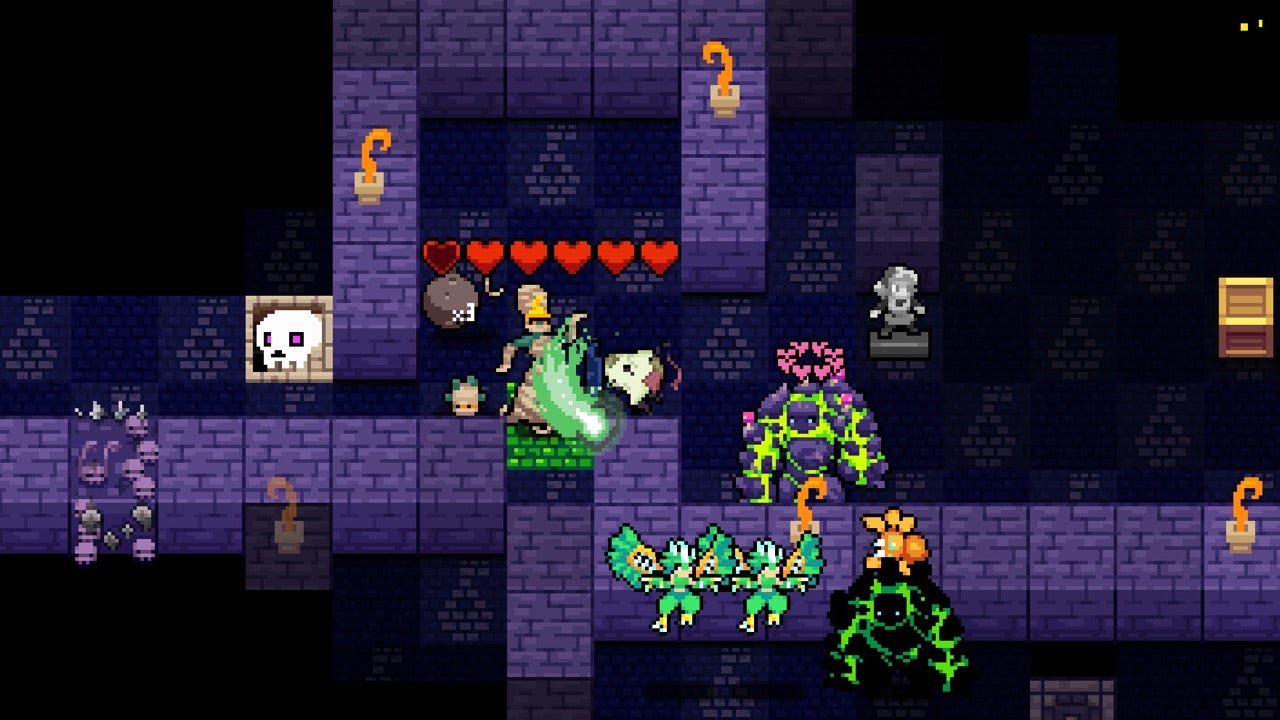 Crypt of the Necrodancer, the much-loved rhythm-based dungeon-crawler from developer Brace Yourself Games has – following its first update in five years last month – just launched a huge new expansion, Synchrony, into Steam early access, introducing new character, online multiplayer, and more. And if that wasn’t enough, there’s also some sort of sequel or spin-off on the way.

Getting that part of the announcement out of the way first, as details are currently rather limited, it’s called Rift of the Necrodancer and is described as “new standalone rhythm game in the Necrodancer universe.” Exactly what form it’ll take is currently unclear, but Brace Yourself says to “stay tuned” for more at a later date.

Thankfully, if it’s details you want, Crypt of the Necrodancer’s newly released Synchrony expansion delivers in spades, arriving alongside an absolutely enormous set of release notes. To summarise though, it brings three new characters, new enemies, new items, online multiplayer, a new Versus mode, full mod support, plus a stack of DLC-exclusive features.

On the character front, there’s Klarinetta, who can perform diagonal attacks with the heavy Zweihänder; Chaunter – a lantern-wielding ghost who has the power to possess enemies – and Suzu, who can dash through multiple enemies at once by deploying their Lance of Courage.

Those are joined by three new enemies – the thief, mannequin, and shock monkey – plus new items, including shields that can be equipped into a new shield slot, onyx weapons that do increased damage on consecutive hits, and new spells such as one able to charm enemies into becoming allies. Synchrony also brings new dungeon traps, new shrines granting a choice of items upon meeting specific criteria, and more.

There’s also online multiplayer supporting up to 8 people, which can be used to explore the game co-operatively (there’s additional support for hybrid online and local co-op play) or in a new PvP-focused Versus mode that sees players traversing a single floor in a bid to eliminate their opponents. Rule variants include Deathmatch and Last One Dancing, both of which can be played solo or in teams.

That’s barely scratching the surface though, and its well worth having a read of Brace Yourself’s extremely extensive patch notes, which also cover changes and tweaks made to the base game.

Crypt of the Necrodancer: Synchrony – like the game’s Amplified DLC before it – is initially launching as an early access release on Steam. Brace Yourself says it’ll be adding a number of other features over the course of development, which it anticipates should last until at least the end of this year, possible going into Q1 or Q2 of 2023.

If that appeals, Synchrony is out now with a 10% discount until 11th August, putting the price at £4.67 for now.