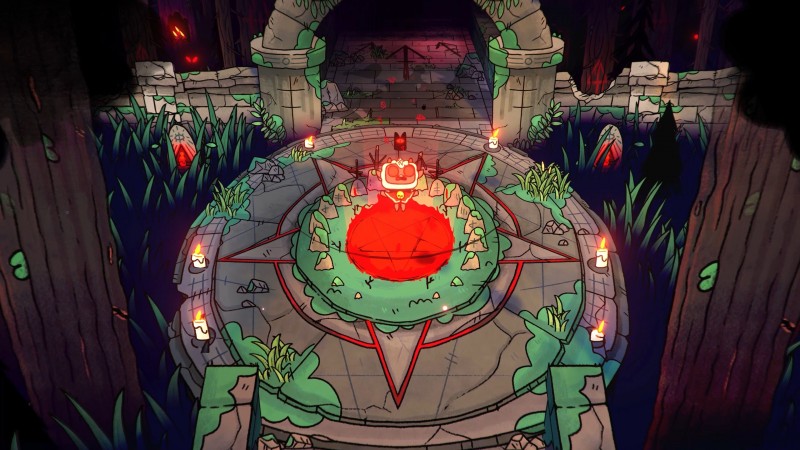 New year, new content: Cult of the Lamb is getting a “major content update” sometime in 2023. According to a Twitter thread posted to the official Cult of the Lamb account, this update will introduce features many players have requested, including accessibility improvements, quality-of-life features, new difficulty options, and more depth.

This Major Content Update will release in 2023 and be FREE to all players!

It will add features that many of you have requested.

Heavy Attacks are just one small tidbit and we can’t to show you more from the update! pic.twitter.com/FWFW7sC7F0

The biggest change they showcase in this thread is the introduction of heavy attacks, which can be activated by holding down the attack button. These are more than slow swings that do more damage; in Cult of the Lamb, every heavy attack has a unique effect. For example, the sword’s heavy attack smashes the ground, doing an explosion of damage that harms any enemy caught in its range. Meanwhile, the dagger creates a line of knives that fall from the sky, and the axe can be thrown around like a boomerang. This is just the tip of the iceberg; developer Massive Monster says it’s “just one small tidbit” of what’s still to come.

The update should come soon, but not that soon. The last tweet of the thread clarifies that the developers are currently working on a patch to fix some console bugs and that the major update won’t be released until after that. Their release window also isn’t any more specific than “2023,” so it could come out any time this year.

If you’re interested in learning more about the game, you can check out our review.

Would a major update bring you back for more Cult of the Lamb? Let us know in the comments!