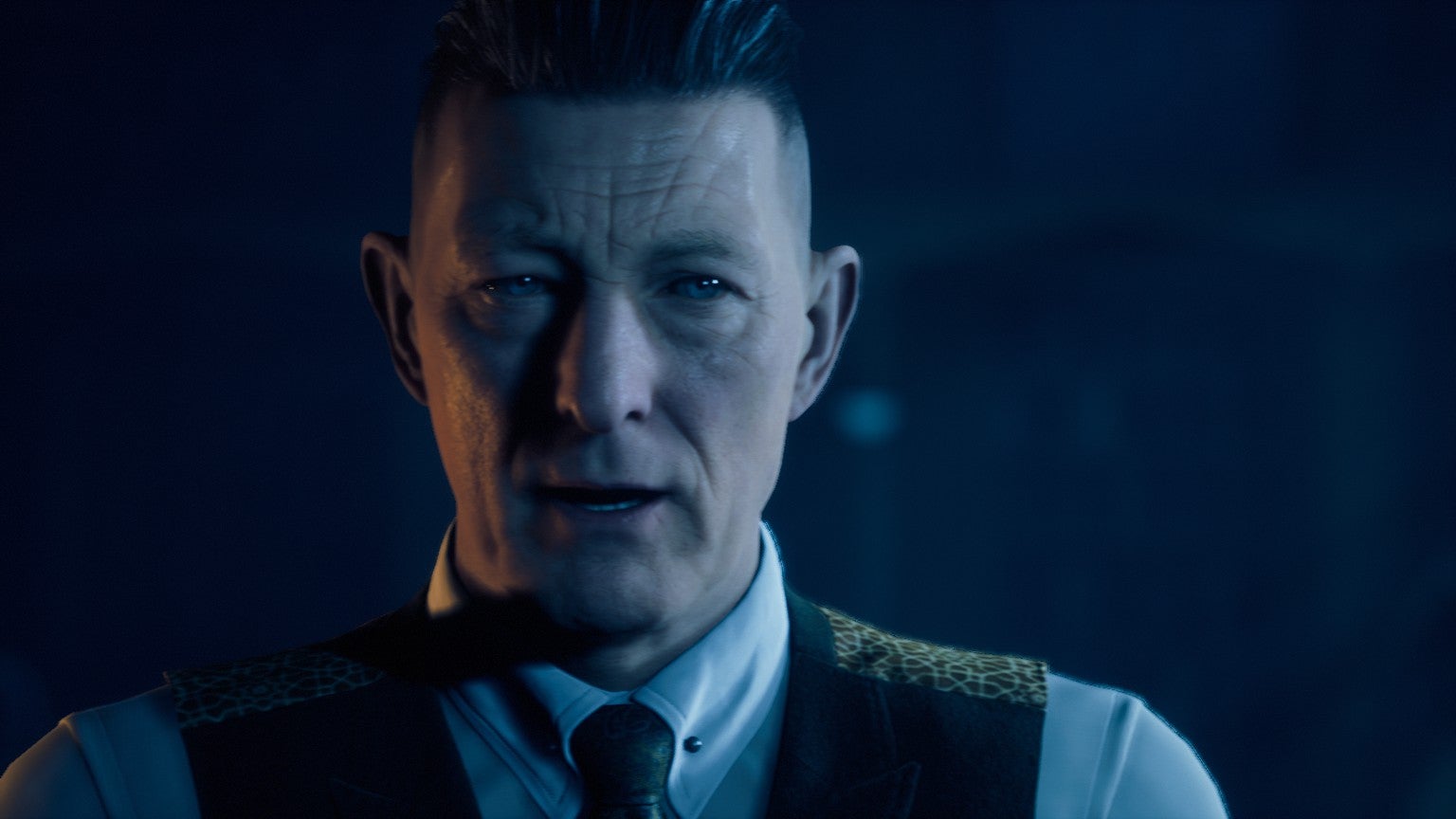 Tragedy plus time equals… mythology? Cultural fascination with true crime and serial killers is having its moment, and The Devil in Me is comfortable plucking its inspirations from the 1800s. “America’s first serial killer” and serial fraudster may never have had the “murder castle” equipped with traps and torture devices that his mythology credits him with, but it’s a narrative that that The Dark Pictures Anthology runs with for its escape-room slasher entry.

The Devil in Me starts at H. H. Holmes’ famed “murder castle”, with an utterly caricaturish Holmes as host, indulging in ominous wordplay that his guests – a pair of playful newlyweds – let fly over their heads. I fail an early heartbeat-rhythm quicktime event while sneaking around and watch the wife collapse into giggles, earning a warning from Holmes that’s dripping in dramatic irony: we wouldn’t want to fall and dash our skulls open, would we! And while I narrowly avoid that fate through a better-timed QTE, the two lovers are still doomed: they’re prologue protagonists, after all.

The Dark Pictures Anthology episodes all follow a familiar setup, and The Devil in Me doesn’t stray far from the formula. The prologue sets you up for the scares you’ll be dealing with, before you meet the ensemble of characters you’ll be playing with proper. Whether they live or die depends on the choices you make, whether it’s a slow burn question of trust, or a split-second “run or hide”.