Dead Island 2 was announced just a few years after the release of the first Dead Island and a little over a year after Dead Island Riptide – the forgettable and repetitive sequel that did, at least, continue the story of the first game’s survivors. Publisher Deep Silver released some spinoffs after Riptide, like Escape Dead Island, Dead Island: Epidemic, and the 16-bit beat ‘em up Dead Island Retro Revenge, but a full-scale, numbered sequel hasn’t yet happened, despite being announced nearly a decade ago.

The first iteration of Dead Island 2 was helmed by Spec Ops: The Line developer Yager, as Dead Island developer Techland had parted ways with the property and worked on Dying Light. Deep Silver then handed over development of the game to LittleBigPlanet 3 developer Sumo Digital in 2016, but then, in 2019, Deep Silver announced that Homefront: The Revolution developer Dambuster Studios would be handling Dead Island 2. And that studio has been working on this game since 2018. In my cover story trip to Dambuster’s Nottingham, England studio, various members on the team told me it started with a fresh, clean slate for Dead Island 2. But curiously, Dead Island 2, due out in April, is still set in Los Angeles, California, the setting revealed in the game’s first reveal trailer in 2014. 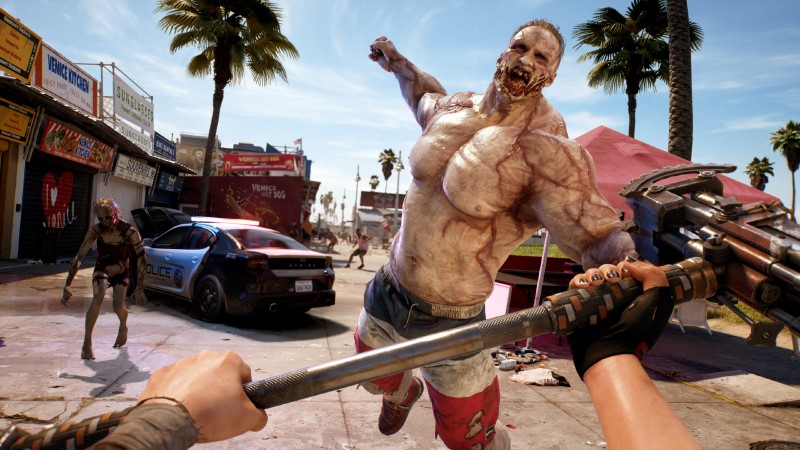 Despite seemingly having the opportunity to make Dead Island 2 precisely what it wanted it to be in every way, Dambuster stuck with LA, lovingly referred to in-game and by the studio as Hell-A. I asked game director David Stenton about this decision and apparently, a different setting was never really on the table.

“I don’t remember there being a lot of debate about doing anything other than LA,” Stenton tells me. “I think for us, we wanted to apply real focus to the game… to the combat and that also extends to the setting as well. LA is such a fantastic iconic location, we didn’t really feel like we needed to bring in any other areas.”

Stenton is likely alluding to the game’s original logo when it was first revealed in 2014. The D in “Dead” features the Golden Gate Bridge, San Francisco’s iconic landmark. Dambuster tells me that Dead Island 2 will take place in Los Angeles exclusively, so don’t plan on making your way to San Francisco or any other California locations in the main campaign.

“It just gives us so much opportunity… for the game that we wanted to make, so it wasn’t really a big debate,” Stenton says. 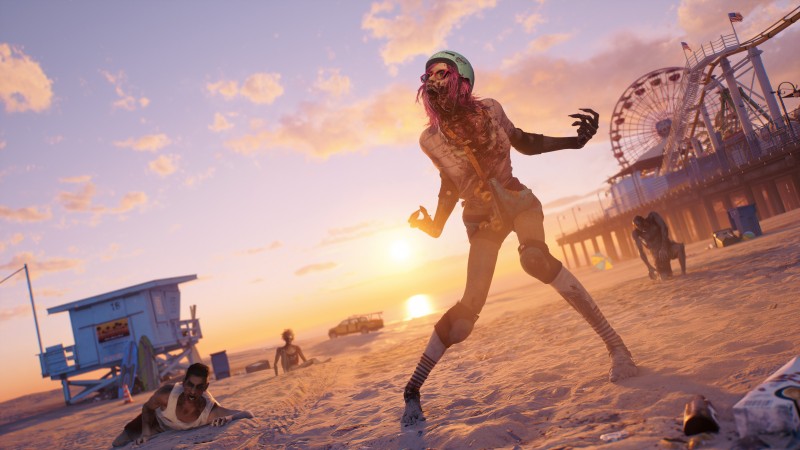 It’s important to note, however, that despite what the team says about sticking with LA, using the same location from the original reveal – the location fans have assumed Dead Island 2 takes place in for nearly a decade – doesn’t hurt the marketing of this game. While the team feels confident LA is the place for its zombie game, it might also just have made the decision to stick with the location fans have presumed as this sequel’s setting for so long.

“We started with a clean slate, absolutely, with our own vision,” Stenton says. “We’re not looking too much at sort of what happened in the past or looking at too many other games out there. We’re just really focused on, ‘How do we want to make Dead Island 2 absolutely phenomenal?’ and bring it up to date and deliver a game that we think fans will really enjoy.”

For more, read our feature about why Dambuster Studios thinks Los Angeles makes for a great Dead Island experience, even if the city isn’t an actual island.

Do you think Los Angeles will make for a great Dead Island setting? Let us know in the comments below!