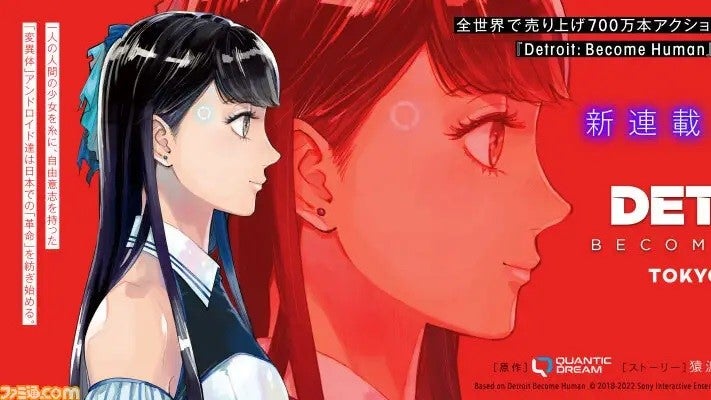 Titled as Detroit: Become Human Tokyo Stories, the comic will follow the story of Japan’s own android revolution.

A short synopsis and some panels have been released on Famitsu in Japanese. The story is set in 2038 and stars Reina, an android idol. It seems that Tokyo Stories takes place alongside the original story of Detroit: Become Human, contrasting the largely hostile attitudes to androids seen in the game with a society that is much more accepting of them.

The manga is written by Kazami Sawatari and illustrated by Moto Sumida, who announced the project via Twitter.


Quantic Dream will also be overseeing the project – though with separate writers this ideally means it is kept as far away from David Cage’s hands as possible. Serialisation is set to begin tomorrow on Comic Bridge, which can be accessed globally. No plans for an English release have been mentioned.

From the information shared so far, it doesn’t sound like it’ll tie into the Tokyo: Become Human short film. Created by PlayStation Japan to promote the game’s release in 2018, the film was centred around a student and a librarian android.

Detroit: Become Human sold well in Japan and was so popular upon release that bars were even serving drinks inspired by thirium, the in-game android ‘blood’.