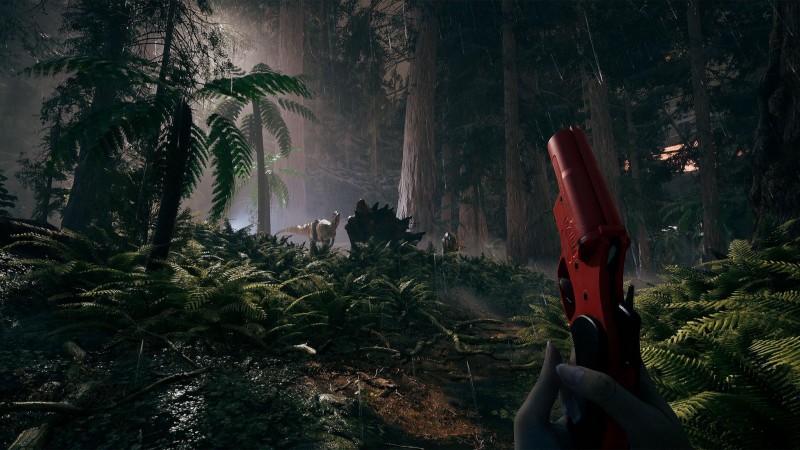 The Lost Wild was first announced last October with a pre-alpha trailer and is described as a first-person survival horror game. Players control an investigative reporter guided by a mysterious voice over the radio to explore abandoned Japanese facilities nestled within an island forest teeming with prehistoric wildlife. These dinos are highly intelligent and realistically behave like animals, featuring what Great Ape describes as self-preservation and reactive systemic AI behaviors.

Players can use stealth to avoid detection while exploring, create distractions, or repel dinos using items like flares and makeshift, non-lethal weaponry. You’ll spend much of the game scrounging for materials as you traverse ruins for clues about the island’s history and how you ended up in this dire situation.

According to the game’s FAQ, The Lost Wild won’t be arriving until late 2024 or early 2025. It has been confirmed for PC via Steam but will also come to unspecified consoles.