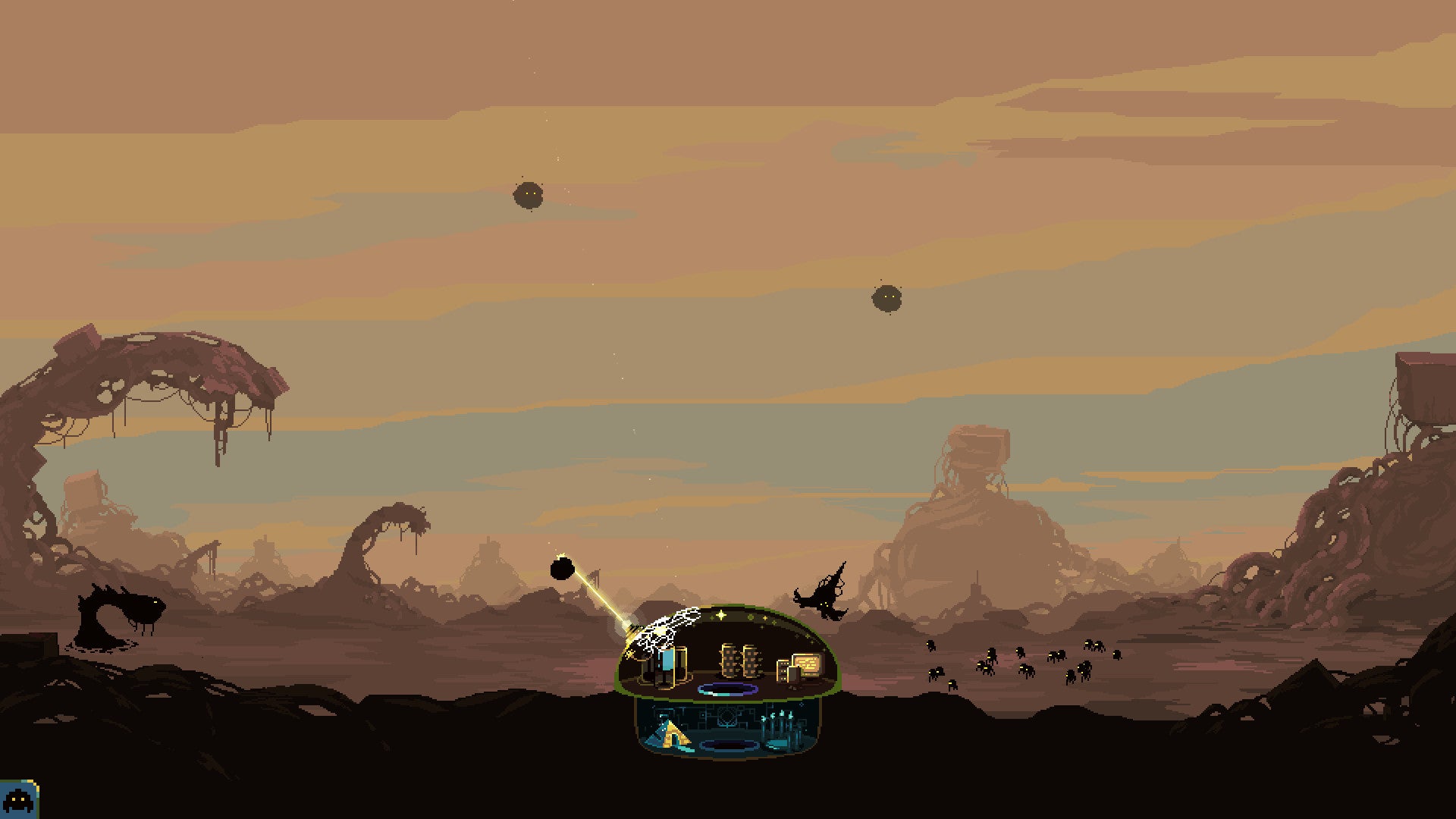 Dome Keeper is a thrillingly bad time. You know this sort of game: claustrophobic, tense, mercilessly well designed. A sharp design. The best kind of awful.

At first, playing the recent demo, I was like: hey, this is SteamWorld Dig! Kind of. I’m on an strange planet, protected by a funny little dome. There’s a tunnel leading down, so down I go. I hit rock and start to drill. The rock breaks. Sometimes it contains gems, which I can haul back up to the dome to be processed. Sometimes I’m just making empty tunnels. The walls around me alive with possible riches. Where do I want to dig next?

Yes, this is SteamWorld Dig. Kind of. But then a buzzer goes off and, Oh god, what’s this? What it is, is horrible aliens attacking the dome! Shreds of malignant shadow jumping out of nowhere and smashing at the dome, sending out cracks. How long can it last?

Long enough to remember that the dome has a cannon, which I can swing round and use to vaporise the enemies. One wave down, but more on the way. A breather! And what’s this? The resources I brought back up from below are allowing me to upgrade the dome – the canon, the strength of the glass – but also myself. How fast I can dig. How much I can carry.

This is the loop. Dig through the underworld for a handful of different resources – cinder toffee, crytal beads – and carry them back to the dome in time to see off attacks. Use the resources to make the dome stronger and your attacks better and your mining operation faster, because each time the enemies return, they’re just that little bit more effective.


If this was it, it would be enough, probably. But it isn’t it. On my last trip down in the mine, I found an artefact of some kind. Sure, it gave me a choice of perk when I got back to the surface. But it also made me think: what else is down there? And what would I have to become in order to get it?