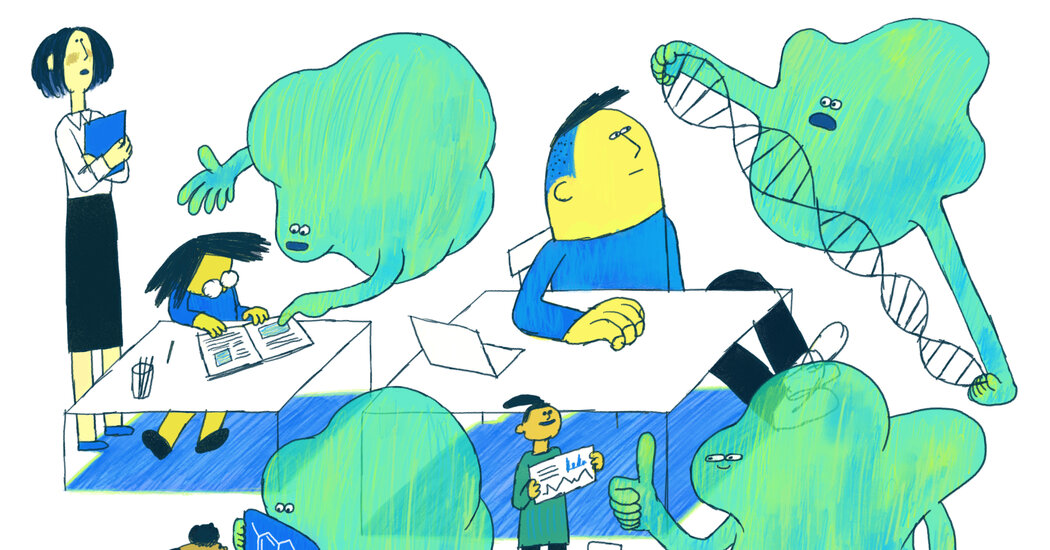 Cherie Shields, a high school English teacher in Oregon, told me that she had recently assigned students in one of her classes to use ChatGPT to create outlines for their essays comparing and contrasting two 19th-century short stories that touch on themes of gender and mental health: “The Story of an Hour,” by Kate Chopin, and “The Yellow Wallpaper,” by Charlotte Perkins Gilman. Once the outlines were generated, her students put their laptops away and wrote their essays longhand.

The process, she said, had not only deepened students’ understanding of the stories. It had also taught them about interacting with A.I. models, and how to coax a helpful response out of one.

“They have to understand, ‘I need this to produce an outline about X, Y and Z,’ and they have to think very carefully about it,” Ms. Shields said. “And if they don’t get the result that they want, they can always revise it.”

Creating outlines is just one of the many ways that ChatGPT could be used in class. It could write personalized lesson plans for each student ( “explain Newton’s laws of motion to a visual-spatial learner”) and generate ideas for classroom activities ( “write a script for a ‘Friends’ episode that takes place at the Constitutional Convention”). It could serve as an after-hours tutor ( “explain the Doppler effect, using language an eighth grader could understand”) or a debate sparring partner ( “convince me that animal testing should be banned”). It could be used as a starting point for in-class exercises, or a tool for English language learners to improve their basic writing skills. (The teaching blog Ditch That Textbook has a long list of possible classroom uses for ChatGPT.)

Even ChatGPT’s flaws — such as the fact that its answers to factual questions are often wrong — can become fodder for a critical thinking exercise. Several teachers told me that they had instructed students to try to trip up ChatGPT, or evaluate its responses the way a teacher would evaluate a student’s.

ChatGPT can also help teachers save time preparing for class. Jon Gold, an eighth grade history teacher at Moses Brown School, a pre-K through 12th grade Quaker school in Providence, R.I., said that he had experimented with using ChatGPT to generate quizzes. He fed the bot an article about Ukraine, for example, and asked it to generate 10 multiple-choice questions that could be used to test students’ understanding of the article. (Of those 10 questions, he said, six were usable.)

Fighting a Brutal Regime With the Help of a Video Game

Opponents of the coup in Myanmar have flocked to a new online game that lets players shoot virtual soldiers while raising money for the real-life resistance. Source

Google Wants to Work With the Pentagon Again, Despite Employee Concerns

Three years after an employee revolt forced Google to abandon work on a Pentagon program that used artificial intelligence, the company is aggressively pursuing a major contract to provide its technology to the military. The […]

For Nintendo, adding a violent first-person shooter game like Call of Duty to the host of titles available to play on the Switch would be a surprising departure. The company has long been protective of […]