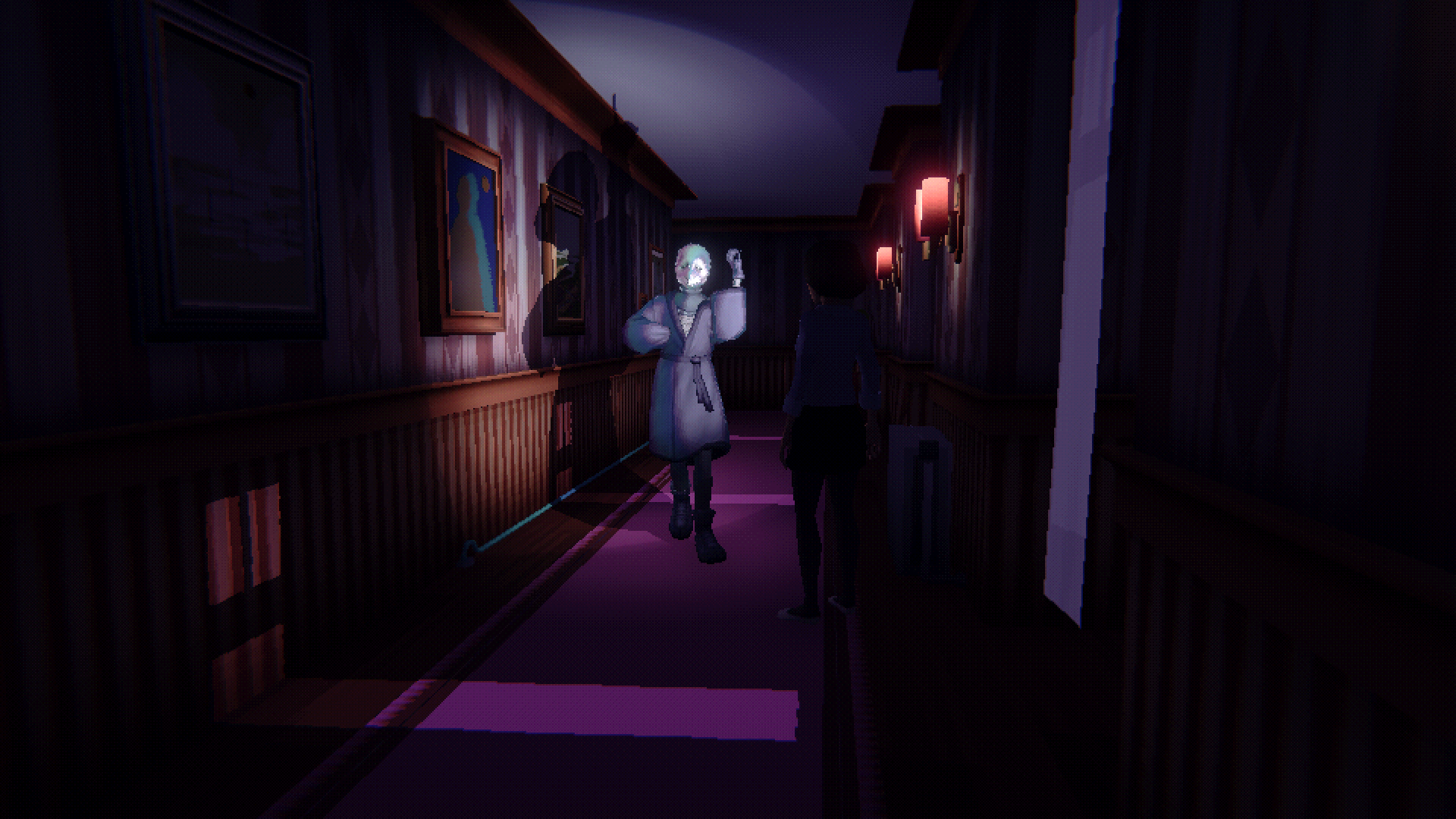 Inspired by classic slasher films of the 1980s, it’s a narrative-driven game that sees you escaping a house by solving puzzles, making dialogue decisions, and avoiding the killer.

That’s an impossible feat at first, but repeated attempts at escape will put all the pieces together. And judging by the trailer below, its low-fi graphics only add to the horrifying atmosphere.

It seems a world away from the lighthearted, campy humour of dating sim Dream Daddy, but Homebody is apparently a natural next step for Game Grumps.

“We’re obsessed with horror games, so when coming off of Dream Daddy, it was a natural shift to explore the horror genre,” said Jory Griffis, Homebody’s game director.

“We were excited to retain the narrative and storytelling values we learned making Dream Daddy and put them to use in a game with a totally different tone and ambitious new mechanics.”

The game will be published by Rogue Games.

“We’re huge fans of everything that Game Grumps does,” said Chris Archer, chief strategy officer at Rogue. “From their comedy to their game development, Game Grumps embodies everything we want to amplify as a publisher, and we’re thrilled to help bring Homebody to players later this year.”

Homebody is due out on PC and console later this year.

If you missed out on Dream Daddy, check out Aoife and Zoe’s playthrough below.