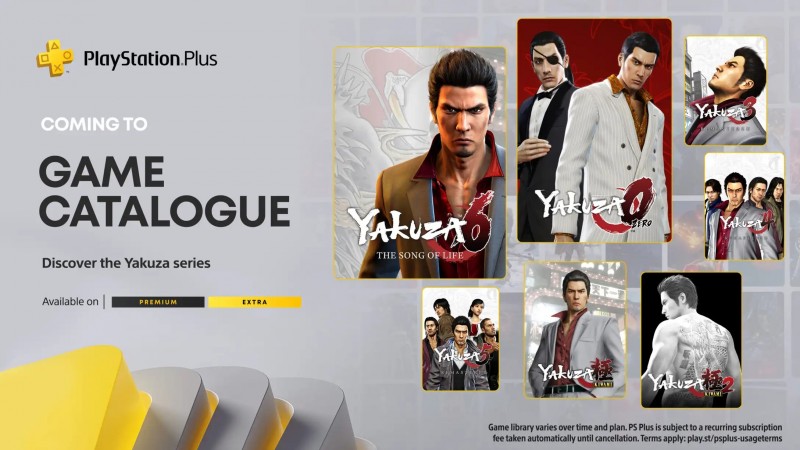 Now’s the time to claim Japan’s seedy underbelly for yourself. Yakuza: Like A Dragon is packaged into the free PlayStation Plus August catalog. However, eight other Yakuza are coming to the subscription service starting this month.

According to the official PlayStation blog, Extra and Premium members can download/play Kazuma Kiryu’s classic, crime-riddled journeys in Yakuza 0, Kiwami, and Kiwami 2 next month. Later this year, those same subscribers get access to Yakuza 3 Remastered, Yakuza 4 Remastered, Yakuza 5 Remastered, and Yakuza 6: The Song of Life. That’s hundreds of hours of fantastic Ryu Ga Gotoku content. Be sure to check out our reviews or previews for the games below:

Last week, screenshots of the next Yakuza game surfaced. Whether we’re in for a numbered entry or sequel to Like A Dragon remains to be seen. But we know that the lovable Ichiban Kasuga and co. are making their triumphant return.