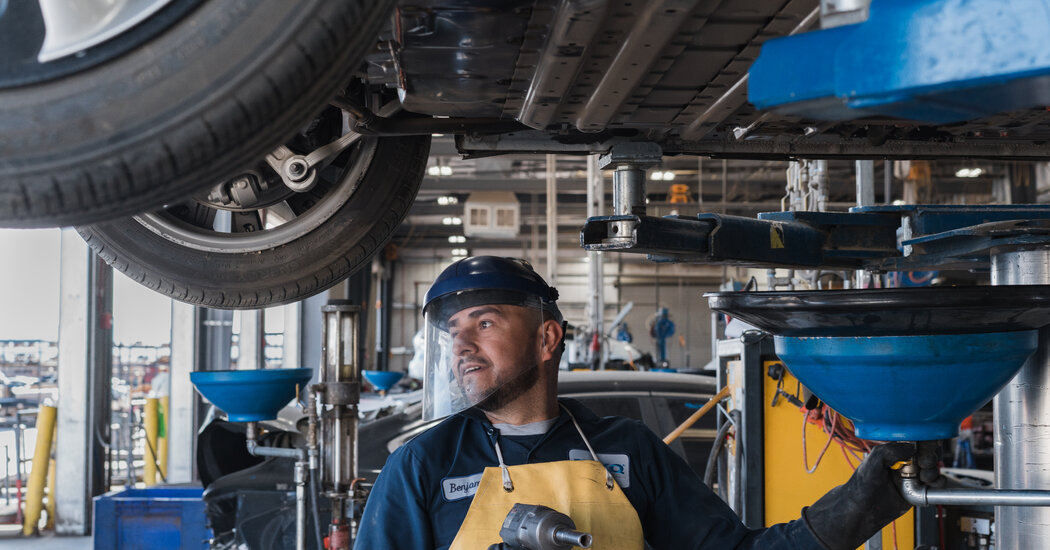 “We’re weaning our entire society off of fossil and carbon-intensive fuels — we can’t underestimate the scale of that challenge,” said Gavin Harper, a research fellow at the University of Birmingham in England, who studies battery recycling. “The demand is going to be so enormous.”

But for all the optimism, this new business faces a daunting challenge: Few batteries will be available to recycle for a decade or more. Tesla, which dominates the electric vehicle business, began selling cars in 2008 and until 2017 sold fewer than 100,000 cars a year. There are other sources to recycle today, including hybrids and consumer electronics, but the supply is limited and collection can be challenging.

That has left recycling companies in a difficult position. They need to invest in factories, machinery and workers or risk losing ground to competitors. But if they invest too quickly, they could run out of money before lots of aging batteries arrive at their loading docks.

“You have people that are just burning through money, because you don’t have the feed stock to be able to make the material to sell,” said Eric Frederickson, the managing director of operations for Call2Recycle, a nonprofit program that helps recyclers find old batteries.

The companies also have to figure out how to find, collect and dismantle batteries. They have to work with many dismantlers, scrap yards and nonprofit groups. And because batteries are prone to fires and packaged and built differently from model to model, taking them apart can be complicated and dangerous.

Among companies recycling batteries, Redwood stands out. The company was founded by J.B. Straubel, a former top Tesla executive, and has raised more than $1 billion from investors, it said. Redwood sees itself primarily as a producer of battery materials — made from recovered or mined metals — and has established recycling partnerships with Ford Motor, Toyota, Volkswagen and Volvo. Redwood also recycles scrap from a battery plant run by Panasonic and Tesla, near Reno, Nev.

On a flat, dusty tract of land near that plant, Redwood is building out a 175-acre campus. There, the company recovers metal from old batteries and produces materials for new ones. Redwood announced last week that it would spend at least $3.5 billion on another campus in South Carolina, in a region of the country that is fast becoming a hub for battery and electric vehicle production.

Elon Musk on Thursday unveiled the “Cybertruck,” an electric pickup truck that Tesla hopes will rival Ford’s best-selling F-150 line. Its design ensured it would certainly stand out on the road. Looking little like traditional […]

The company’s Lexus brand will only sell electric cars by 2030 in China, Europe and the United States. Source

This article is part of the On Tech newsletter. Here is a collection of past columns. The promise of electric and driverless cars is that vehicles can become better for the planet and safer for […]