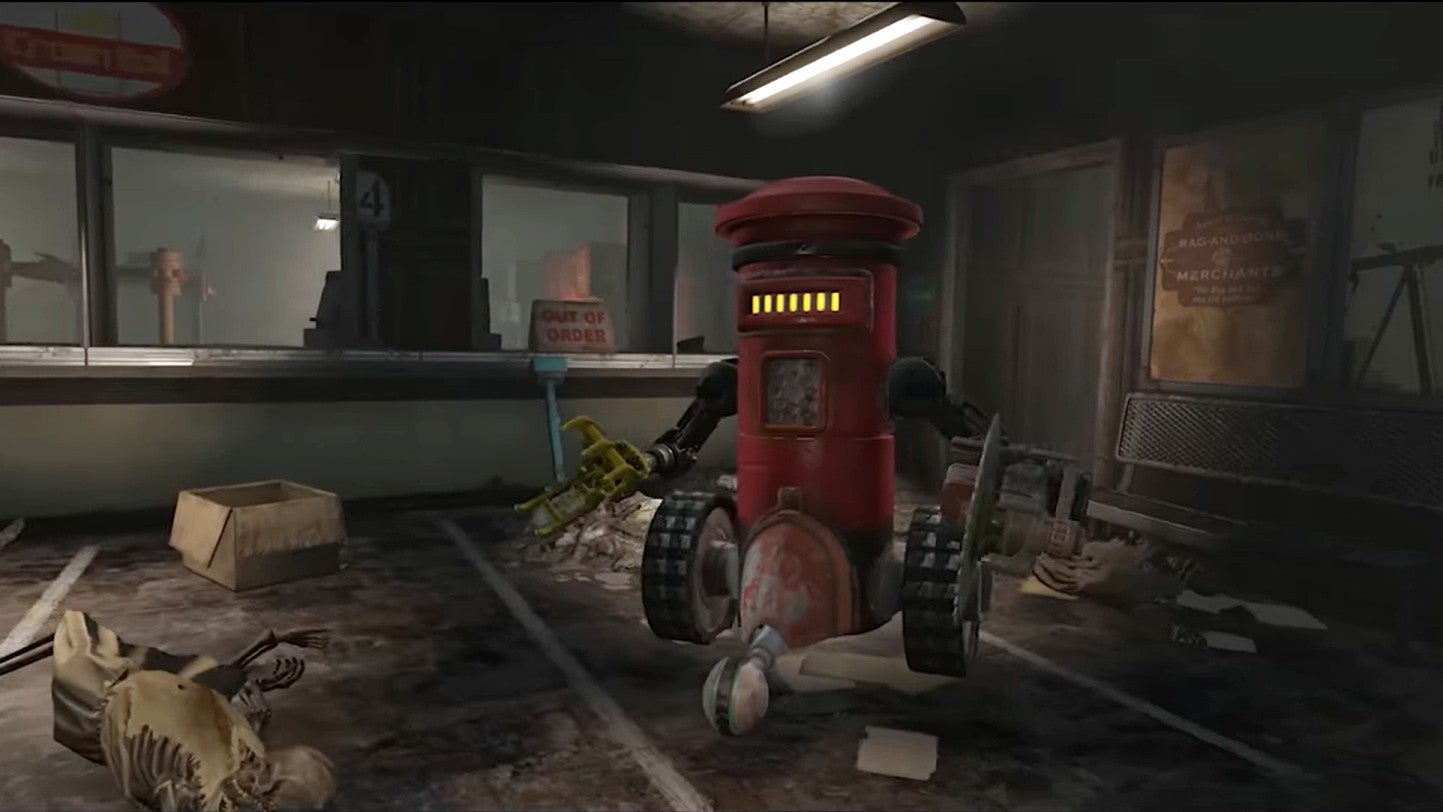 The brains behind the upcoming Fallout 4 mod Fallout: London have shared another update on its progress.

This update (spotted by PC Gamer) includes catchy renditions of Rule Britannia, working trains, and – checks notes – murderous mail worker bots known as Post Boxers that will “stamp you out” if you do them wrong. Huh.

This latest update video is truly a sight to behold. Along with the Post Boxers, it also introduces us to another bot out for our blood – the Naval Walker. This is a sentient (in so much as it walks around at its own free will) mine that will chase you down. There are different types of these walkers throughout the mod, with the paint on each denoting which kind you are dealing with.

In addition to killer bots, the team has also gone to great stakes to bring some of London’s locales to life in glorious Fallout fashion. This includes the aquarium, which is now home to a creature known as a mittenlurk. This is akin to Fallout’s mirelurks, but with a European twist.

We also have a closer look at Fallout London’s take on Thames Haven, which is home to more fishy fiends known as the Thames Folk.

You can see the full progress update for yourself in the video below.

The Fallout London team released the mod’s announcement trailer in June last year, and prior to that it shared some gameplay from the project.

Here, it was revealed that this mod will be about the size of the base game’s Commonwealth map, complete with new factions, storylines, NPCs, weapons and creatures – and, given how packed these update videos have been so far, it looks like the team is set to more than deliver on that initial promise!

There’s no release date yet for the upcoming Fallout 4 mod, though its development team has said it will be available sometime in 2023.