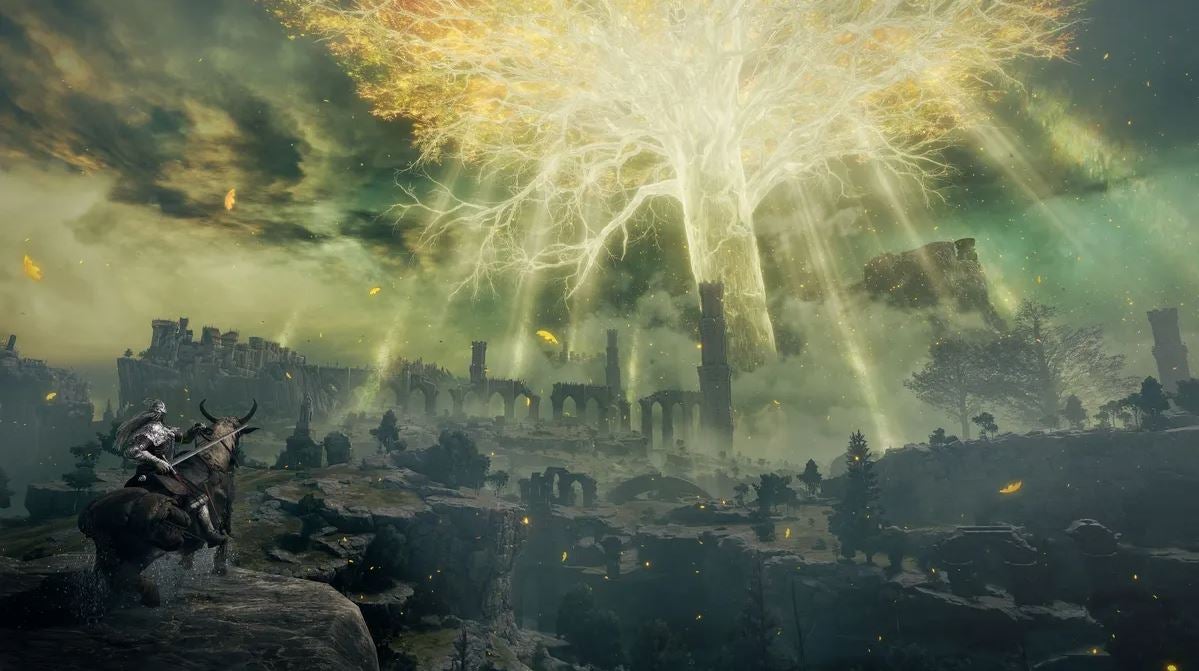 Elden Ring players can now test their knowledge of the game’s world in a fan made GeoGuessr game.

For the unfamiliar, GeoGuessr is a browser game that drops players somewhere in the real world and tasks them with pinpointing their exact location on a map.

Now, thanks to reddit user TheEdenChild, there’s an Elden Ring version that drops players into The Lands Between.

“My friend and I have been on a mission to create a geoguessr-like experience for our favourite games,” wrote TheEdenChild.

“Elden Ring was high on that list, and I’m happy to say after much trial and error, we were able to capture over 8000 locations in the overworld of Elden Ring. We captured hundreds of thousands of raw images, before stitching them together to create the 360 degree panoramas.”

After being dropped into the world, players must pin their location on a newly created satellite map of the world.

There are also custom settings – you can select specific areas, length, and timers – plus a leaderboard and support for multiplayer, with more features planned in the future.


After well over a hundred hours in the game I thought I knew the world map of Elden Ring pretty well, but after a couple of lucky guesses it turns out many of its grassy hills and stony ruins look eerily similar.

Using the central Erdtree as a guide definitely helps!

If you’re keen to give it a go, you can play the Elden Ring Geoguessr game over on lostgamer.io.

There are also Genshin Impact, GTA 5, Skyrim, World of Warcraft, and Fortnite versions of the game, with Breath of the Wild, Final Fantasy 14, and others coming soon.