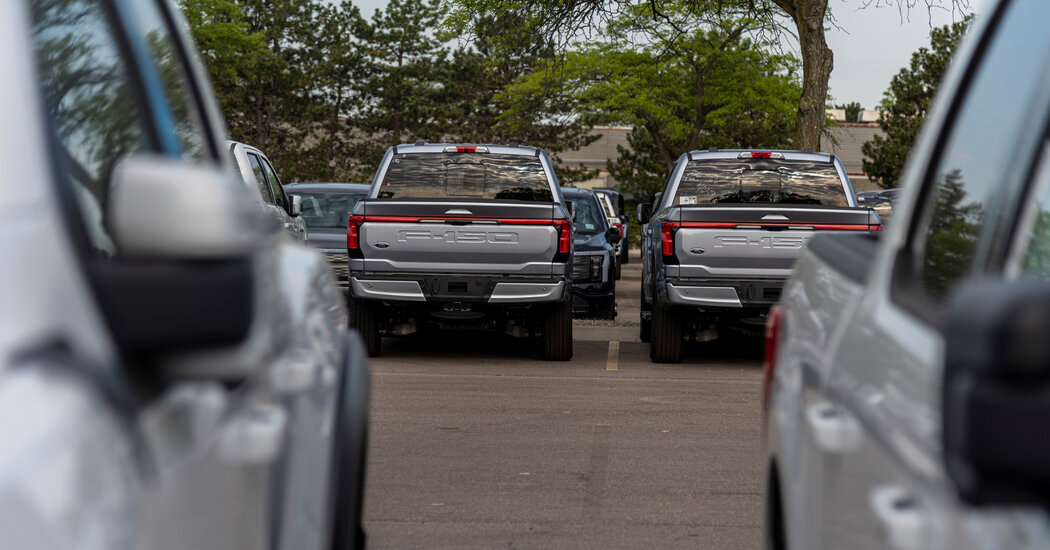 Ford Motor reported Thursday that its new-vehicle sales fell 2 percent in 2022 as shortages of computer chips and other supply disruptions slowed its production of trucks and sport utility vehicles.

The automaker said it sold 1.85 million cars and light trucks in the United States last year, as well as 13,539 heavy trucks.

Ford’s sales decline was in step with most other automakers. Overall, the industry sold about 13.8 million new vehicles in 2022, about one million fewer than in 2021, according to Edmunds, a market research firm. On Wednesday, Toyota, Honda, Nissan and Stellantis reported significant declines in 2022 sales. General Motors was an exception: Its new-vehicle sales rose 2.5 percent, to 2.3 million vehicles.

For the last two years, automakers around the world have been hampered by a shortage of semiconductors, the tiny brains used in electronic devices that control a vehicle’s engine, transmission, display screen and other major components. The chip shortage eased somewhat in 2022, but other supply problems were caused by Covid-19 outbreaks that at times interrupted production of key parts in China and Southeast Asia.

Supply issues limited the number of pickup trucks that Ford was able to produce, and sales of its F-Series trucks fell 10 percent, to 653,957 vehicles, although the F-Series remained the top-selling vehicle line in the U.S. market.

One bright spot for Ford was the introduction last spring of an electric pickup truck, the F-150 Lightning. The company said it sold 15,617 Lightnings in 2022, fewer than expected as it ramped up production of battery packs for the vehicle.

The company is counting on a surge in electric vehicle sales to drive growth this year. The automaker is building two battery plants in Kentucky and a third battery plant and a new electric truck plant in Tennessee.

COTATI, Calif. — Uber’s public stock offering next month will make a bunch of people remarkably rich. Peter Ashlock is not one of them, although he has toiled for the ride-hailing company almost since the […]

What if Your Home Could Be Mobile, but Also You Could Park It?

ImageDrive anywhere. Do what you want. A promotional photo for the interior of Kibbo’s Mercedes-Benz Sprinters.Credit…via Kibbo What if the answer to “where to live now” is actually “lots of places” and “kind of nowhere”? […]

Netflix still rules the streaming universe. As of the end of March, it had 207.6 million total paying subscribers, with about 67 million in the United States, the company noted in an earnings report on […]