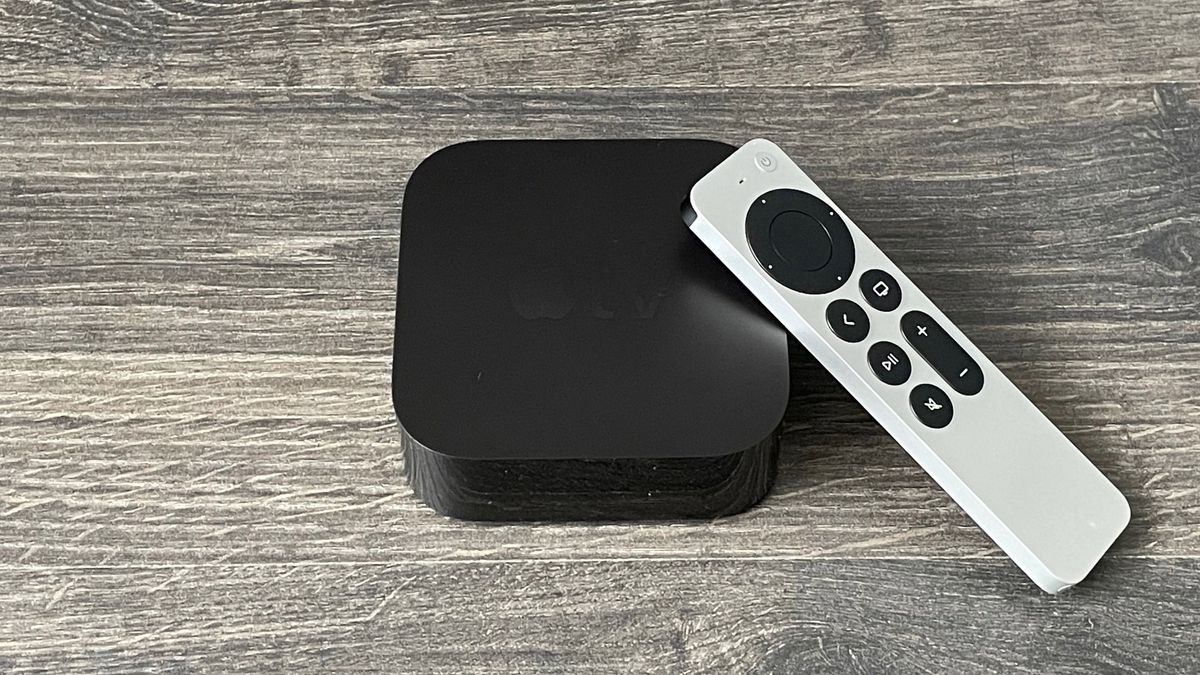 It looks as if Apple has been devising a way to allow any AirPlay 2 speaker to act as your default Apple TV 4K sound solution – at least, that’s suggested by code found in the first beta of iOS 16.1, which was released to developers last week.

Right now, both of Apple’s HomePods (the original and the newer HomePod Mini) can be set as default speakers for Apple TV 4K, meaning that everything you play from your Apple TV automatically comes through them (though only the discontinued original HomePod can deliver Dolby Atmos audio).

Wouldn’t it be awesome if your KEF LSX II, Sonos One or, in fact, any of the best AirPlay speakers could function in much the same way – ie. wireless Apple TV sound that doesn’t disconnected when your Apple TV 4K (2021) goes into standby? Well, according to iOS 16.1 beta code discovered by 9to5Mac (opens in new tab), your wish may soon be granted.

Currently, using an original HomePod as your default Apple TV 4K speaker works very well indeed – it can even suck up and deliver Dolby Atmos sound from your PlayStation 5, Xbox Series X or other HDMI-connected device, thanks to that model’s HDMI eARC support.

Analysis: Apple wouldn’t do this if it didn’t have big plans

How is this all set to happen? Well, according to 9to5Mac’s report, it’s all about the Home app: in the iOS 16.1 beta, you can pair AirPlay 2 speakers in a permanent speaker group. Said speaker group could then be set as the default audio output for an Apple TV 4K.

Apple actually launched this currently HomePod-specific feature in early 2021, weeks before discontinuing the HomePod (aka the only device capable of delivering it in Dolby Atmos), so it makes sense for Apple to be broadening its horizons now – and the news also adds weight to the much rumored HomePod 2‘s imminent launch, to take up the mantle.

Although Apple hasn’t confirmed any of this, the Cupertino giant has specified that it will launch its new Home architecture with Matter support later this year. So, it makes sense that these enhanced AirPlay 2 speaker capabilities could form part of the rollout.

Oh, and aside from a new HomePod, Apple is also rumored to be working on a new Apple TV 4K (2022), an upgraded Apple TV streaming set-top box with a more powerful A14 chip and more memory.

For the Apple- and Siri- ensconced, the wider rollout of iOS 16.1 can’t come soon enough.