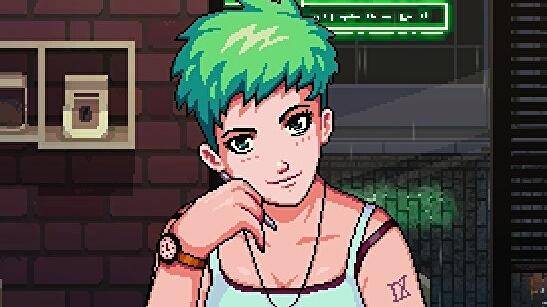 This article includes an interview with Mohammad Fahmi Hasni (better known by his mononym Fahmi) conducted in early 2022, regarding his upcoming game Afterlove EP. It was written before we learned of his tragic passing in March. While it feels at odds to talk about the future of Indonesia’s indie scene when one of those important voices is no longer with us, we have decided to publish this article and include Fahmi’s contribution, with the blessing of his family and the members of the development team working on Afterlove EP.

Think of Asian games, and Japan as well as China will likely come to mind first. But the industry extends to the rest of the continent, as we have seen with India and Taiwan. Perhaps less known to Western audiences, however, is the impact of the industry in Indonesia, despite it being the fourth most populous country in the world and having had a development boom over a decade ago during the Flash era.

For a more comprehensive retrospective look at Indonesia’s industry, I recommend this Game Developer article from Kris Antoni Hadiputra, founder and owner of Toge Productions, an Indonesian-based developer and publisher that began as a two-person team making Flash games in their garage, “which was the closest thing to working in the games industry that we can get”, he tells me.

Although Toge has been operating for over a decade, its first game to get people talking in the West was 2020’s Coffee Talk, a visual novel that won over audiences with its chilled vibe of brewing comforting hot drinks while listening to customers’ problems. Not that you’d necessarily know that it was an Indonesian game, given its Seattle setting and fantastical cast.

However, the publisher’s next title, A Space for the Unbound, as well as Afterlove EP, Mohammad Fahmi Hasni’s follow-up to Coffee Talk, are not only games with distinct art styles and emotional narratives. Their stories offer an authentic portrayal of Indonesia and its local culture, from a nostalgic look of rural life in the 90s to the contemporary bustle of the country’s capital of Jakarta. At least for Toge, Antoni admits that the pivot was unplanned (“Our team didn’t have any experience in writing stories or making narrative games, our strength was in gameplay mechanics”), with Coffee Talk the result of an internal gamejam pitched by Fahmi when he was the company’s PR and marketing manager.

Representations of Indonesian culture are rare in games, although there are examples of games being localised for the Indonesian market, such as a Korean-made online shooter having a level based on Jakarta. A Space for the Unbound’s developer Mojiken Games’ first title on Steam is also set in rural Indonesia; it’s essentially a small series of illustrations that’s free to download. But whereas Japanese games like Yakuza or Chinese games like Honor of Kings are made with a domestic audience in mind, Indonesian games are primarily a global export, with premium games financially unviable in a local market dominated by free-to-play games and rampant piracy. That shouldn’t be a surprise when the average income in Indonesia is around $10,000 per year and average monthly spending on video games is around $20 per person – a fraction of a brand new triple-A release.

That may explain why Toge’s past output tended towards more genre-based affairs with broad appeal, such as the arcadey zombie strategy sim Infectonator series. “In Indonesia we have a saying: “Tak kenal maka tak sayang”, which translates as, “You don’t love what you don’t know”,” Antoni explains. “What it means is that it’s human nature to avoid or hate things that are alien or unfamiliar. There’ll be a high barrier of entry if we set a game in Indonesia because there are not many people who are familiar with our culture and history outside of Indonesia.”

Another reason is that many Indonesian devs are often making games for other people, with a lot of work coming either from porting houses or as outsourced labour for companies from affluent countries. Obviously, it’s easy to see how this system of rich international publishers outsourcing work to skilled but lower-wage workers can be exploitative. A 2021 report from People Make Games included Indonesia-based Brandoville Studios as an example of outsourced crunch.

Having started his career as an intern programmer for Gameloft porting mobile games, Fahmi also had his fair share of crunch, including stories of Muslim friends working through Eid al-Fitr after Ramadan, although he said the company had acknowledged that such a culture was simply unsustainable and had overhauled its management since.

Despite these experiences, he believed that international companies setting up shop in Indonesia have been a vital boost to the industry. “It’s like putting developers into school because a lot of people who used to work there, they then left and started making their own studios,” Fahmi explained to me. “The system of outsourcing and porting companies actually helped us to grow faster, because otherwise we didn’t have any means to learn how to make games. Now we have YouTube, but back then we didn’t really have those things.”

After years of work, Fahmi’s breakthrough with Coffee Talk gave him the opportunity to start his own studio Pikselnesia, to make a game that can really put Indonesia on the map – not only set in his hometown Jakarta but featuring art from Indonesian artist Soyatu and music from Indonesian indie band L’alphalpha. However, even with those authentic touches, Afterlove EP also takes inspiration from Japanese games, as he attributed the game’s relationship system and comic-book presentation of dialogue to Persona 4 and The World Ends With You respectively.

The inspirations aren’t a huge surprise, as Fahmi told me how he grew up heavily exposed to Japanese media, with Western media mostly accessed by rich people whereas localised manga was more widely available. But that’s also helpful as a reference point for audiences otherwise unfamiliar with Indonesian culture. In the case of Afterlove EP, Soyatu already has a fanbase in Japan, having designed album covers for Japanese indie bands, while Fahmi told me that fans already recognised the illustrator’s work within seconds of seeing the game trailer.

Similarly, A Space for the Unbound’s nostalgic rural setting with a dose of magical realism, including the ability to “space-dive” into people’s hearts somewhat like Psychonauts, are tropes frequently found in the anime of Studio Ghibli or Makoto Shinkai. Of course, while game director Dimas Novan Delfiano says anime was his entry point in learning about Japan, he doesn’t just want to emulate the aesthetic. “Beautiful-looking anime makes people more interested in Japan. I want to do the same thing and draw the everyday scene I’ve been experiencing in Indonesia and breathe a new life into it,” he says. “It’s better to present something that we really know and are familiar with. Presenting Indonesia, a place that has been our home – is one way to express a personality for us.”

Certainly, the game’s pixel art aesthetic as well as coming-of-age themes, from bunking off school to dealing with mental health issues, are familiar enough to be approachable, but the developer also takes opportunities introduce their cultural identity, such as a puzzle that involves a piece of Keroncong music (traditional Indonesian folk music), which Dimas admits requires taking creative considerations that can “represent us as Indonesian but doesn’t make the overseas audience feel lost”.

It’s telling that Asian developers can feel like they have to second-guess whether representing themselves authentically is going to alienate a Western audience when little is often said about Western developers taking from Asian cultures, such as with games like Ghost of Tsushima and Sifu. Nonetheless, we can also see that the past few years has seen a healthy appetite for more diverse games, with publishers like Nintendo also making a conscious effort to promote developers from around the world in its digital showcases.

“In Indonesia we have a saying: ‘Tak kenal maka tak sayang’, which translates as, ‘You don’t love what you don’t know'”

Nonetheless, Indonesian indie developers still face barriers in the market, including the general risks that come with indie development; many end up burning through their savings. Indonesia-based developers are also unable to get dev kits, which means reaching a console audience is often also out of the question.

That isn’t to say that there aren’t initiatives to support the local industry. Just last December, Toge established a game fund initiative that provides up to $10,000 to developers not just in Indonesia but throughout Southeast Asia. “It’s very sad to see talented people leave the industry and their games never see the light of day,” Antoni explains. “We want to provide a safety net for indie devs in Southeast Asia so that they can experiment and iterate on their games. We also want to support and nurture the next generation of game developers in the region.”

Meanwhile, through discussions with Nintendo, the local game dev association, Asosiasi Game Indonesia (AGI) also became an official Nintendo developer partner, allowing local developers to borrow a dev kit from the association to get their games onto the Switch. Local funding is also available, although ultimately, the greatest help for developers comes from partnerships with international publishers, with Afterlove EP being published by Fellow Traveller Games while A Space for the Unbound, despite being published by Toge on Steam, has also secured PQube as a publisher in the West.

As Indonesia’s living costs are cheap, partnering with overseas publishers has far greater benefits. “If we seek local funding, our government grants give us around $10,000, which is not enough to make games,” Fahmi explained to me. “But when we go to foreign publishers, we can ask for $50,000. That’s one person’s salary, but in Indonesia that money can make a studio with 10 people for two years!”

Antoni admits it was also never Toge’s plan to become a publisher and values the international partnerships and the help that brings with getting games to more audiences, whether that’s localisation, game certification or regional marketing at exhibitions. “We saw a lot of our friends having difficulties in securing funding or finding a publisher. So, we started helping them by doing collaborations, providing funding, and marketing, later we realised that we are slowly becoming a publisher,” he says.

While Afterlove EP and A Space for the Unbound will still struggle to find an audience at home reluctant to pay for a small narrative game (“It’s like making a cheap small car while everyone around you drives Ferraris for free,” says Antoni), if they get as good a reception from the West as there has been for Coffee Talk, then a bright future awaits for Indonesian games that celebrate its culture and history in the global market.