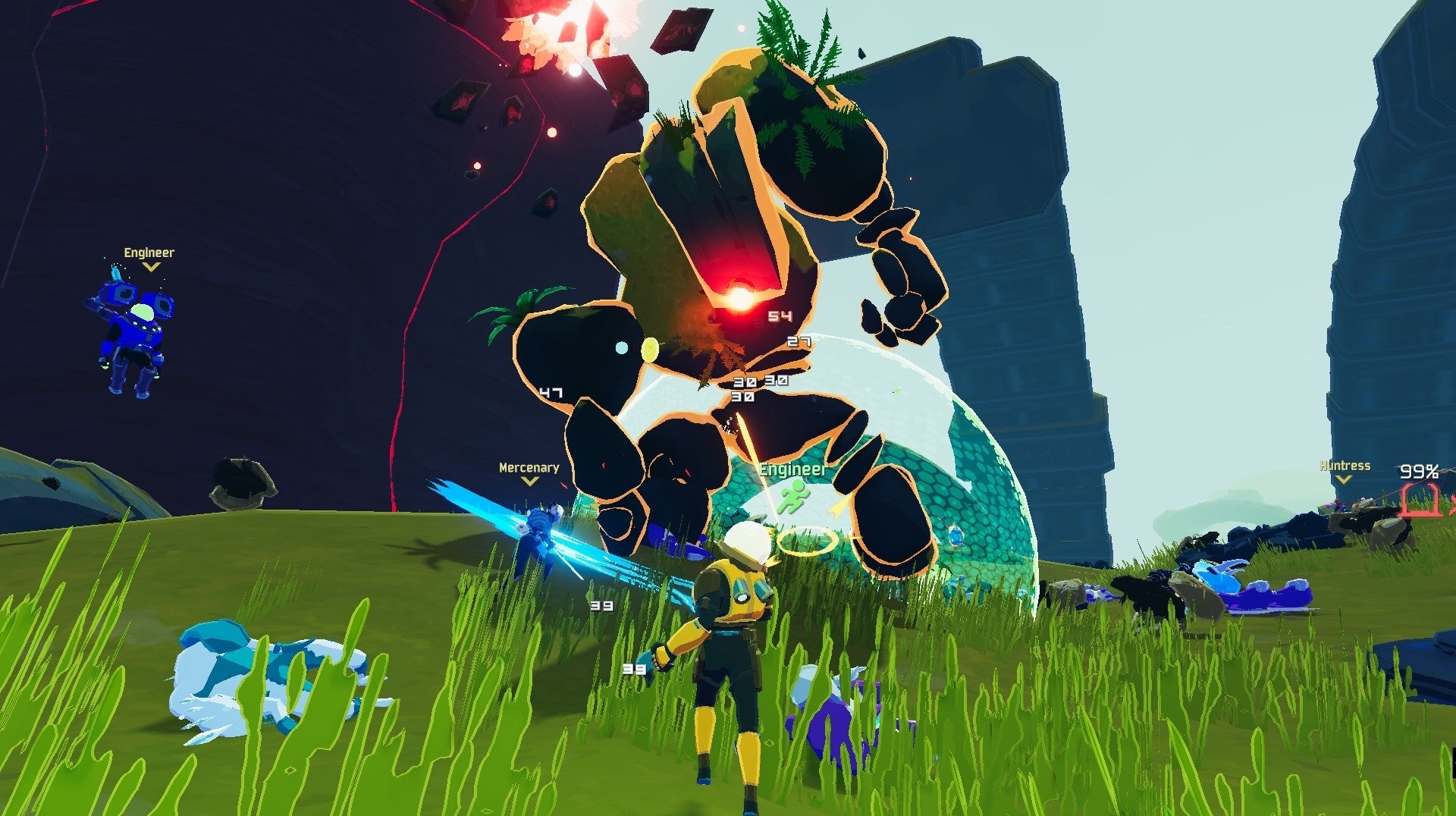 It’s been an eventful day for Gearbox; not only has the studio taken Saints Row developer Volition under its wing, it’s also announced the acquisition of Hopoo Games’ co-operative rogue-like shooter Risk of Rain.

Hopoo Games’ first stab at Risk of Rain released in 2013, delivering a breathless blast of 2D co-op action pitting players against an ever-more-relentless parade of enemies in an increasingly hilarious ballet of bullets and chaos.

Its acclaimed sequel, which took the whole thing into glorious 3D, released into Steam early access in 2019, and proved hugely popular, selling 3m copies before the year was through. It’s since got its full release on PC and consoles, and its most recent major update, the Survivors of the Void expansion, arrived in March this year.

However, with Risk of Rain’s tenth anniversary approaching next year, Hopoo is stepping away from the series, passing on custodianship of the IP to its current publisher Gearbox.

Announcing the acquisition in a statement on Twitter, Gearbox explained, “After years of passionate publishing work on Risk of Rain 2, we have developed a deep love and respect for the IP. We are eager to prove ourselves as worthy custodians by continuing to bring you world-class content and ensuring a bright future for this genre-leading franchise.”

It added it’s currently “working hard” to bring Risk of Rain 2’s Survivors of the Void expansion to consoles, and that it “can’t wait to share more details soon about a very special passion project that we’re working together on with our great friends at Hopoo.”

Hopoo, for its part, didn’t have much to add to the announcement, only calling it “excellent news” on Twitter.