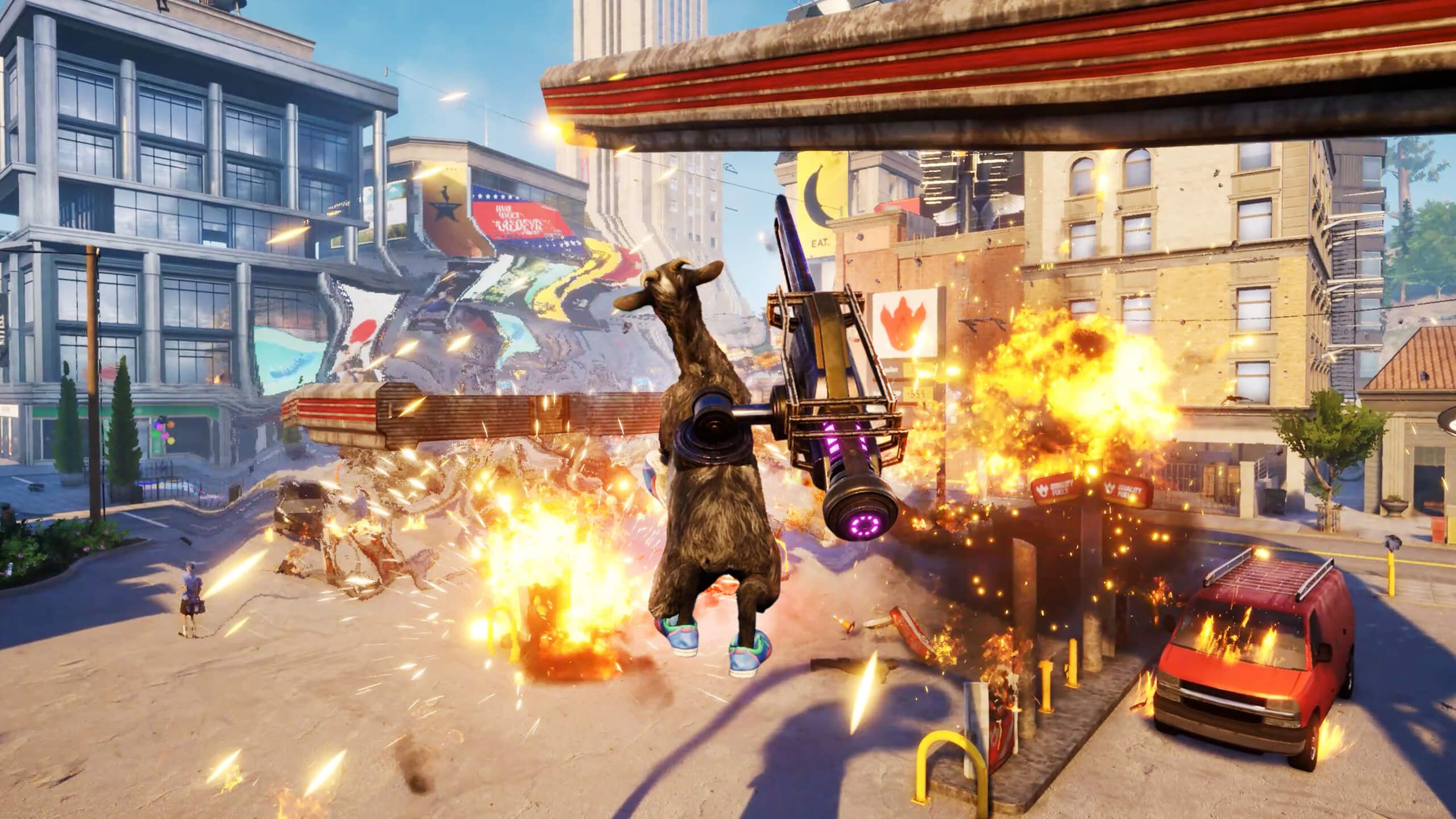 Goat Simulator 3 – which, in a fine example of a joke gone wildly out of control, is actually the direct sequel to the original Goat Simulator – has been given a release date and will be launching for PC, Xbox Series X/S, and PS5 on 17th November.

The original Goat Simulator, developed by Coffee Stain Studios, launched back in 2014, delivering a daft blast of physics-based nonsense in which players took control of a goat, causing chaos, inflicting damage, and accruing points across an open-world map.

Its goat-themed mayhem struck a chord and the game went on to sell “millions” of copies, in turn convincing Coffee Stain that a sequel was required. Goat Simulator 3 (because sequential numbering be damned) was announced earlier this year, promising, among other things, a new sandbox world known as San Angora, full of quests, collectibles, and secrets.