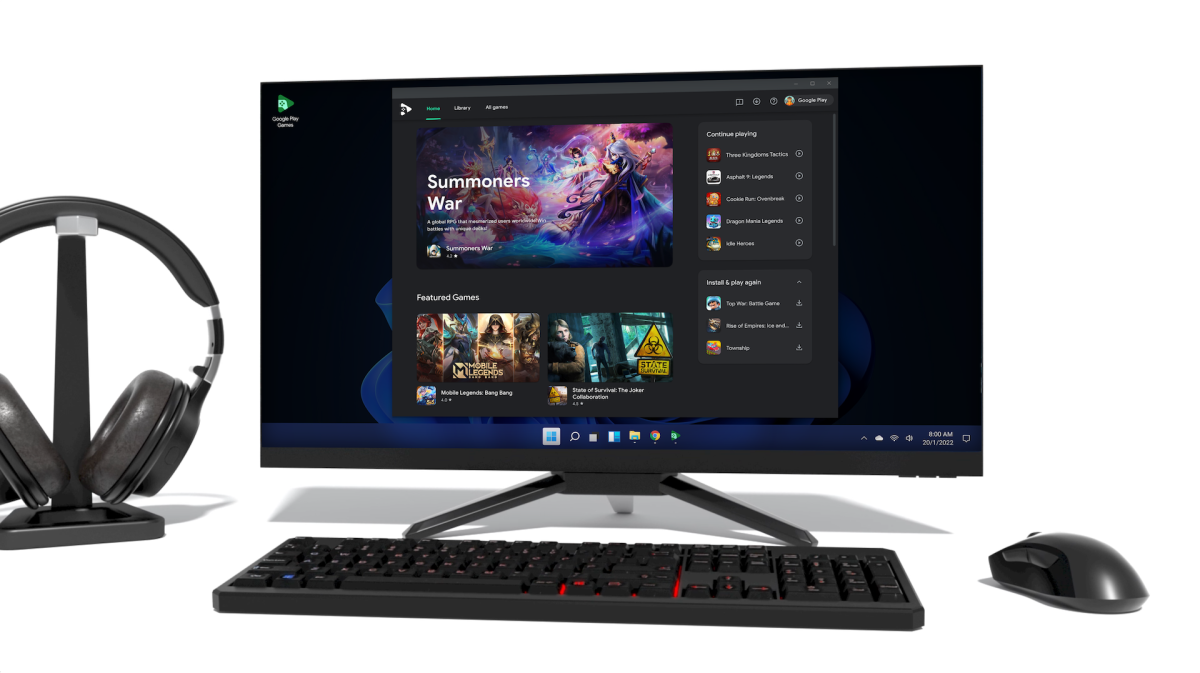 Back in December, it was revealed that Google had plans to bring Android games to Windows 11 and Windows 10 systems in 2022. The company is ready to show more of its hand, with a small beta release of the Google Play Games service.

This means that eager gamers in Hong Kong, South Korea, and Taiwan have the chance to sign up and play their favorite Android games on Windows.

It’s a move that sees Google competing directly with the Windows ecosystem for the Android component of Windows 11 that, in conjunction with the Amazon Appstore, gives users of the latest version of Windows the opportunity to install Android apps and games.

Google has developed a unique app that can be used to access a growing catalog of games, which includes Mobile Legends: Bang Bang, Summoners War, State of Survival: The Joker Collaboration, and Three Kingdoms Tactics. Although the app has not officially launched just yet, there is a beta program underway that can be used to get early access to it.

With the app installed on a Windows PC, gamers will be able to play the cream of the gaming crop across mobile, tablet, Chromebook, and Windows PC devices – complete with the benefit of playing with a mouse and keyboard.

While sign-ups for Google Play Games beta are now open, they are only open to people in Korea, Taiwan, and Hong Kong, so if you have accounts based in these countries, you’re in luck. Otherwise, you may have to wait.

As the company has confirmed that more countries having access will be announced soon, we suspect a bigger announcement of the service will come at this year’s Google I/O, where Android 13 will most likely be announced.

Google has shared a video, showcasing what you can expect from Google Play Games:

While Google does promise that it “will have more to share on future beta releases and regional availability soon”, it’s an intriguing stance from the company in avoiding the Microsoft Store completely, and it may lead to more categories from the Google Play Store, arriving on Windows 11 soon after.