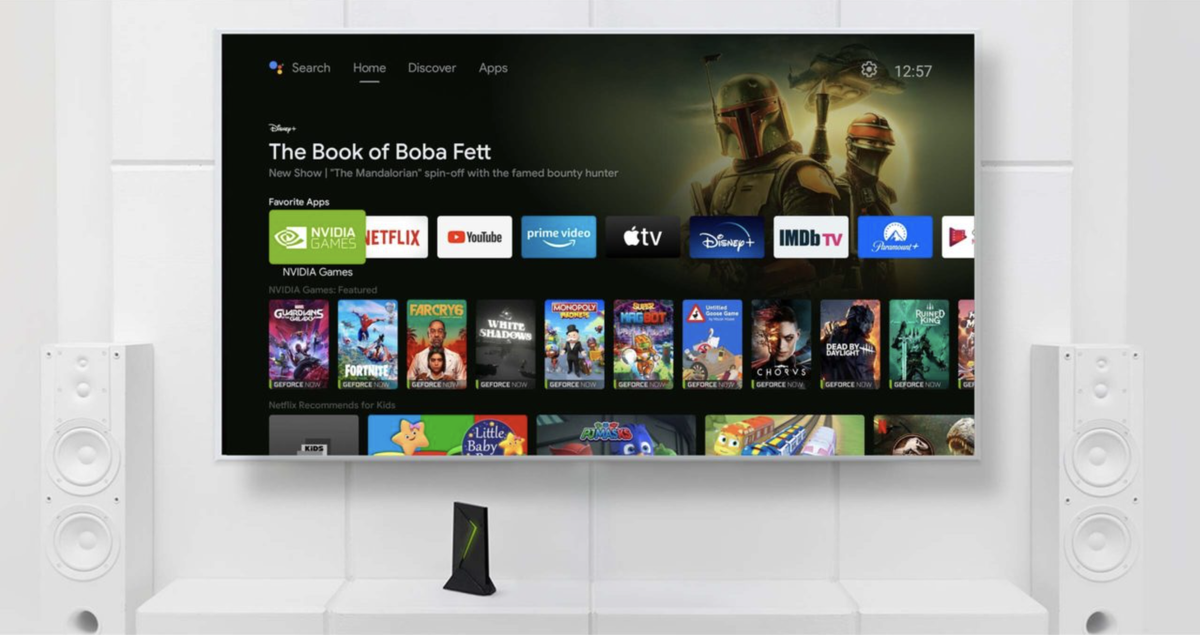 The best streaming box out there just got better. Nvidia Shield TV owners will be treated to a significant upgrade for their Android-based media streamers today, as a new Android 11 update rolls out for the devices.

As well as security and stability fixes, that means an update to Google Keyboard to widen the scope of text-to-speech accessibility features, new support for aptX-compatible Bluetooth headsets, the ability to assign one-time-only security permissions to apps, and more.

There’s also an update to the Google Play Movies & TV service that brings Dolby Vision HDR content to the store, while US owners can collate their digital film and movie purchases from across stores including the Apple, Google, Microsoft and Amazon storefronts under the Movies Anywhere app.

But it’s game streamers who will see the biggest benefit – particular those heavily invested in Nvidia GeForce Now.

If you’re a subscriber to Nvidia’s premium GeForce Now tier (the company’s game streaming service that lets you carry games from other PC gaming platforms over to your device ready for streaming via high-end cloud hardware), there’s a significant improvement to be had.

You’ll still need a speedy and stable internet connection to make the most of the service, but last night we were able to play the remastered version of Crysis in its most demanding “Can It Run Crysis?” visual fidelity mode at 4K, and didn’t experience a single stutter. It’s enough to make one question the need for dedicated local hardware in the future, even in the most high-end of play cases.

One final boon for gamers is the new ability to set Bluetooth controllers to sleep when the Shield TV shuts down, rather than having to manually switch them off.

There are still a few things jarring since Nvidia Shield made the jump to the Google TV platform – refresh rate matching is long overdue, and the ability to hide content adverts would be appreciated. But as an analogue to a high-end PC in your living room with the footprint of a paperback, it’s still one of the best gadgets of the past few years.