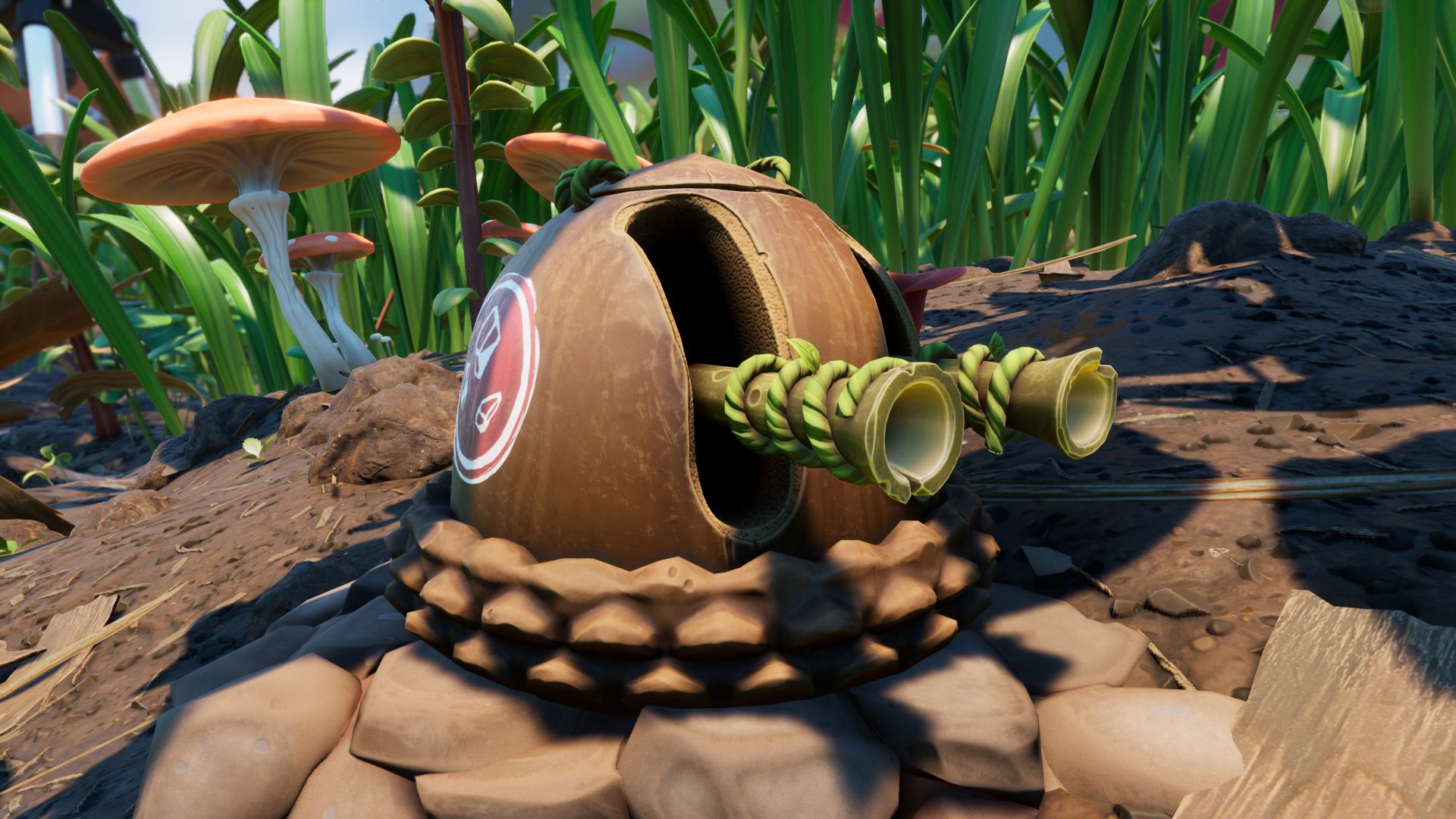 Grounded, developer Obsidian’s inch-high garden survival adventure, has just dropped another update on the road to its Version 1.0 release later this year, introducing what sounds like a sort of on-demand horde mode for players wishing to farm and battle particular enemies.

As explained in a new developer video, the idea behind Grounded’s Bugs Strike Back update is to introduce – in “true Obsidian fashion” – Faction Reactivity. Essentially, the more players bother specific bug types in their quest for new materials – whether that be by killing them outright or merely invading their territory – the more likely those creatures will be to storm player bases to try and exact revenge.

While that’ll happen automatically during play, those looking for a more on-demand-style experience can take advantage of two additional features. There’s the new Waft Emitter device that enables players to summon specific bug types to a location for some wave-based mayhem by jamming in parts stolen from their downed brethren. The more parts used, the more intense the ensuing battle will be so players are recommended to proceed cautiously.

Grounded’s latest update also adds new MIX.Rs around the yard that reward a sizeable amount Raw Science for use with Wendell’s experiments. However, this can only be accessed by first sending the devices into overdrive, which will immediately begin attracting bugs to players’ position – and they’ll need to stave off the attack long enough to secure their prize.

To augment the new play options and give players a fighting chance of survival against the incoming hordes, Obsidian has introduced the ability to upgrade armour to add permanent buffs, plus a range of new offensive and defensive equipment, such as the mine-like Explosive Burr Traps, as well as Pebble Turrets and Pollen Turrets. Players can also now “peep” insects to gain collectible-style Creature Cards highlighting specific bug strengths and weaknesses, and keeping track of how many they’ve slain.

Grounded’s latest update – which also includes a variety of quality of life additions – is available on Xbox One, Xbox Series X/S, and PC today. It marks the next step in the survival game’s nearly two-year-long early access journey, with the full game set to release later this year.