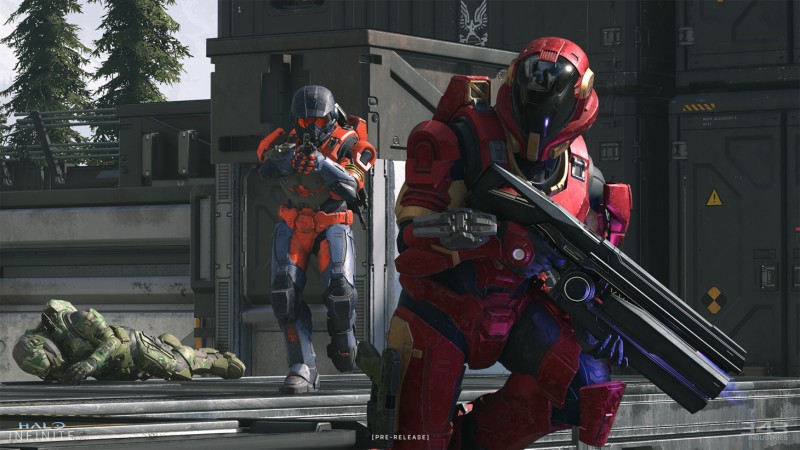 Xbox announced back in December that starting that month, Xbox Game Pass Ultimate subscribers would be getting monthly multiplayer bonuses in Halo Infinite. In December, subscribers received a bright green MA40 AR coating, challenge swaps, and a double XP boost.

Today, Xbox has revealed what subscribers will be getting this month and, keeping in line with last month’s bonus, you can expect another bright green coating. This time, though, it’s for the warthog.

“Spartan, prepare to update your armory,” an official Halo tweet made today reads. “With Xbox Game Pass Ultimate Perks, you’re locked in to get monthly Halo Infinite multiplayer bonuses, including the brand-new Pass Tense Warthog coating. Claim via the Perks gallery on your console, PC, or the Xbox Game Pass mobile app.”

Spartans, prepare to update your armory! With @XboxGamePass Ultimate Perks you’re locked in to get monthly #HaloInfinite multiplayer bonuses, including the brand-new Pass Tense Warthog coating. Claim via the Perks gallery on your console, PC, or the Xbox Game Pass mobile app! pic.twitter.com/a7NKNZIWbH

As noted in the tweet, this month’s bonus comes with challenge swaps which allow you to get rid of a challenge you don’t like and replace it with a new random one as well as double XP boosts, which are 60-minute boosts that earn you double XP for everything you do.

The announcement tweet does not mention a date for when this month’s bonus will go live. For more about Halo Infinite, check out our thoughts on it in Game Informer’s Halo Infinite review and then read about how 343 Industries says a Big Team Battle fix is coming soon. Check out this story about a Halo Infinite player who won more than 100 consecutive free-for-all matches after that.

Are you excited for this month’s bonus? Let us know in the comments below!