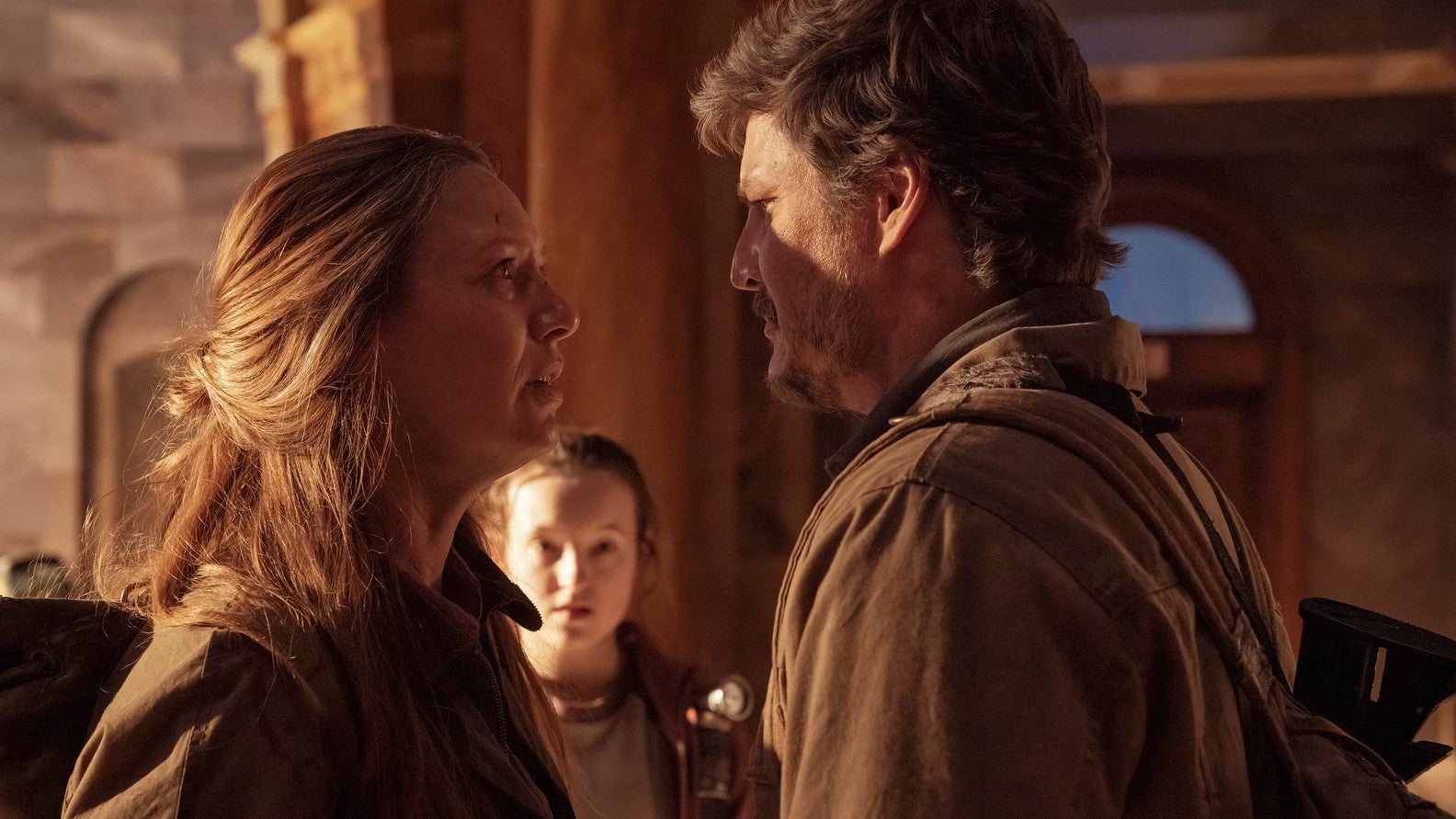 In HBO’s TV adaptation of The Last of Us, Tess is played brilliantly by Australian actress Anna Torv. Her version of Tess is calm but assertive, clearly calling the shots between her and Joel.

Now, in a new podcast about the show’s second episode, co-creators Neil Druckmann and Craig Mazin discussed how they were going to elaborate on Tess’s character and story further.

Please note, there are spoilers for The Last of Us below.

While in both the game and the show, very little is revealed about Tess’ story before we meet her in Boston’s quarantine zone, the showrunners had initially planned for Tess to have a family.

Mazin and Druckman had written a script that saw Tess reveal she had a husband and son before she arrived in Boston.

Tragically for Tess, both of them became infected, and Tess was forced to kill her husband. She could not bring herself to do the same to her son, however, and instead locked him in a basement where “theoretically he’s still a clicker”.

This story was going to be told in two ways. The first would have been in the show’s cold open.

“We had a cold open where the camera pushed on this door and you just hear this pounding coming from this basement, and then we cut out,” Mazin explained.

Then, later in the episode, Tess was going to share the story of her family with Joel and Ellie.

While this idea ultimately didn’t make the final cut, both Mazin and Druckmann imagined this backstory would create a juxtaposition between Tess and Joel.

“[Tess] is brave enough to dare to hope,” the co-creators stated, noting that this is something Joel presently refuses to do.

While the story of Tess’s past did not make its way into the show, there are elements of her maternal instinct that show through in Torv’s portrayal. While Joel and Ellie’s relationship continues to be strained in episode two, Tess engages with Ellie throughout, asking her about how she got bitten and stressing the importance of her survival. Tess believes in Ellie’s immunity and that she could be the answer for a cure long before Joel even entertains the idea.

You can listen to the full podcast in the video below.