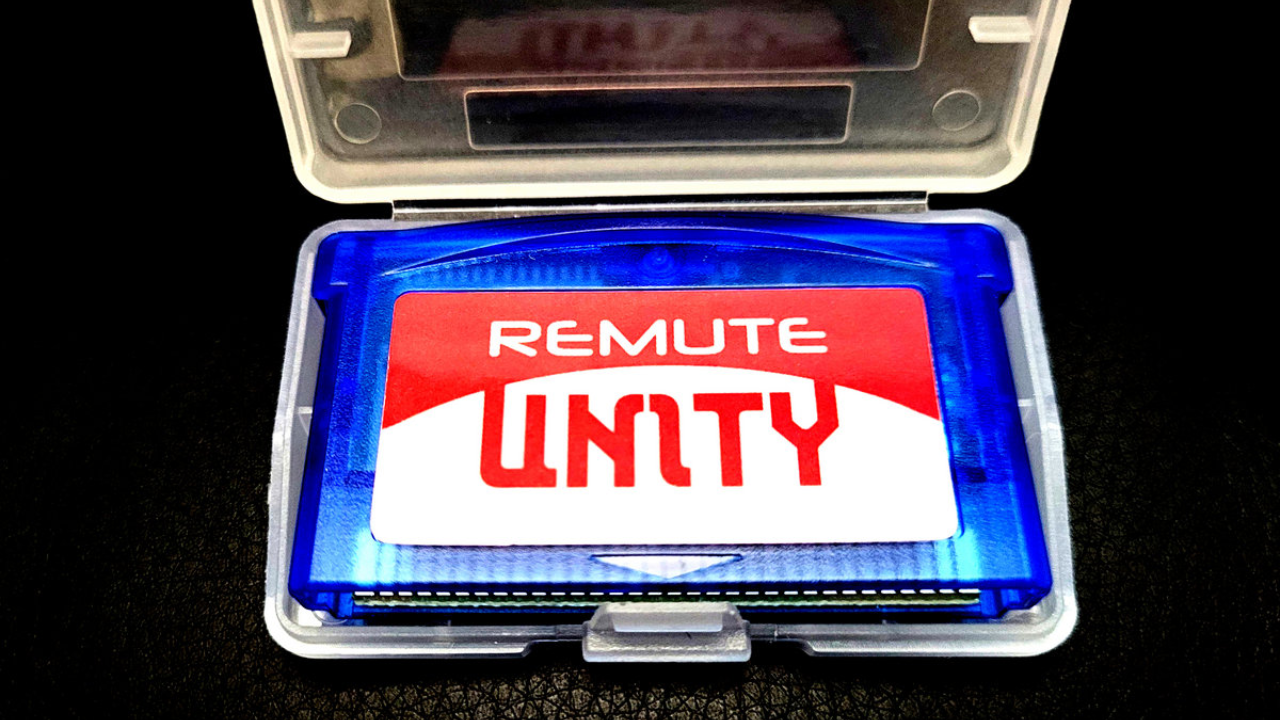 German musician Remute is known for releasing albums on retro hardware – and now his latest is available on a Game Boy Advance cartridge.

The cartridge is compatible with all GBA, SP, Nintendo DS Lite, or Analogue Pocket consoles, without the need for a region lock.

The music of Unity is generated in real time without compressed files, with an audio engine achieved through the demo scene and GBA coder HorstBaerbel.

You can check out a video of the album below. Between the synthwave techno music and the cyberpunk visuals, Unity shows a real love of retro aesthetics. And the song is a bop!