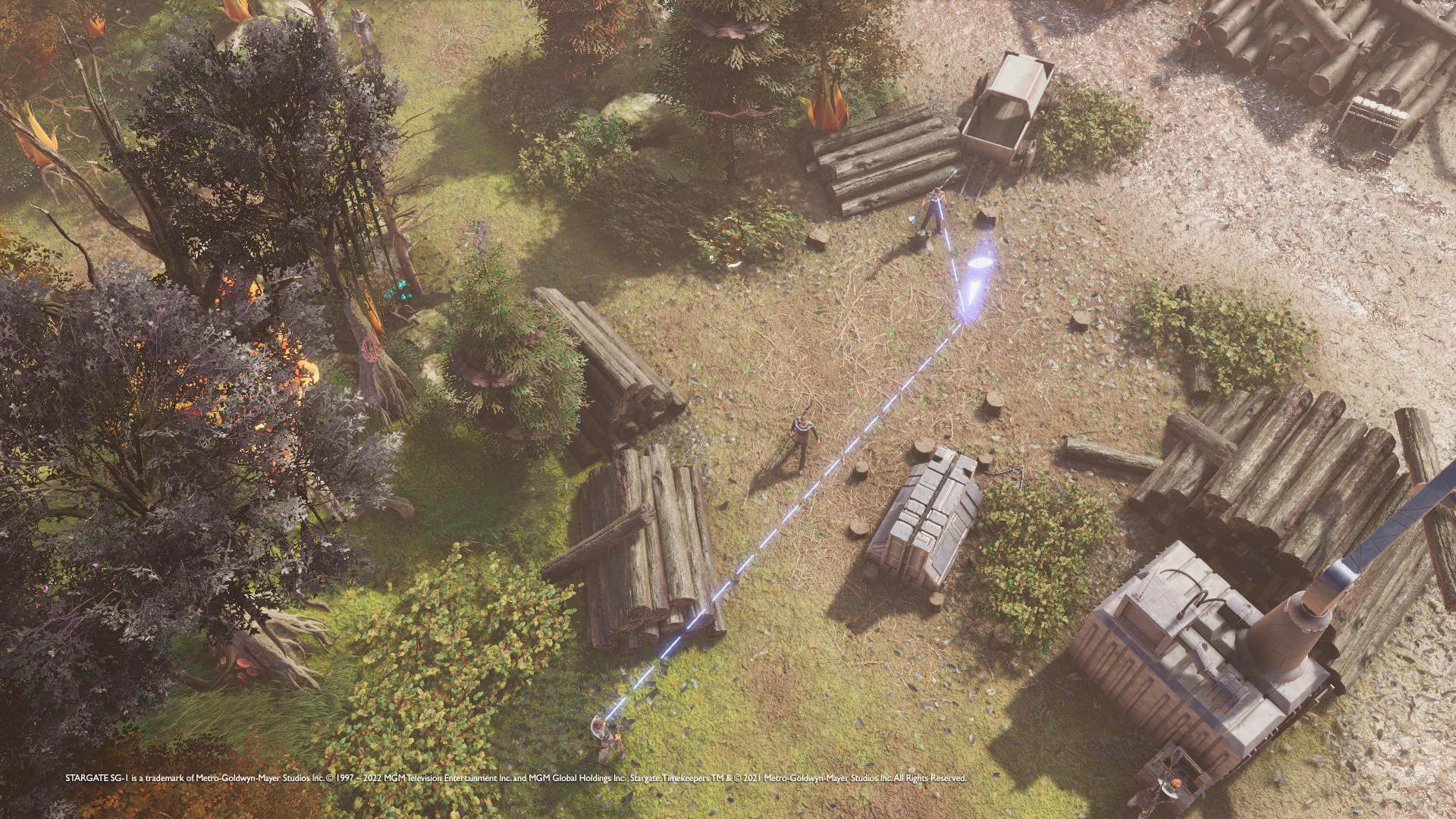 Publisher Slitherine has shown off half an hour of upcoming real-time tactics game Stargate: Timekeepers, while confirming plans to release a beta to coincide with the much-loved SG1 TV series’ 25th anniversary in July.

The video, below, shows the Stargate: Timekeepers segment of Slitherine’s Home of Wargamers event. It debuts the In Plain Site mission, in which the Stargate team, including sniper Max Bolton and technical officer Sam Watson, attempt to put down a sacrifice ritual inside the Jaffa village by disguising themselves as the enemy.

The stealth heavy Stargate: Timekeepers, developed by Creative Forge Games (Hard West, Phantom Doctrine), looks heavily inspired by the Commandos series (this is not a guns blazing type of game). The campaign departs from the end of season seven of the Stargate SG-1 main plot with an original story starting during the Battle of Antarctica. It unfolds over 14 missions, each of which lasts around an hour, and revolves around unravelling a timeloop mystery and defeating the Goa’uld threat.

Slitherine also said “it would be lovely” to release the beta in July, but this is a target only at this stage.