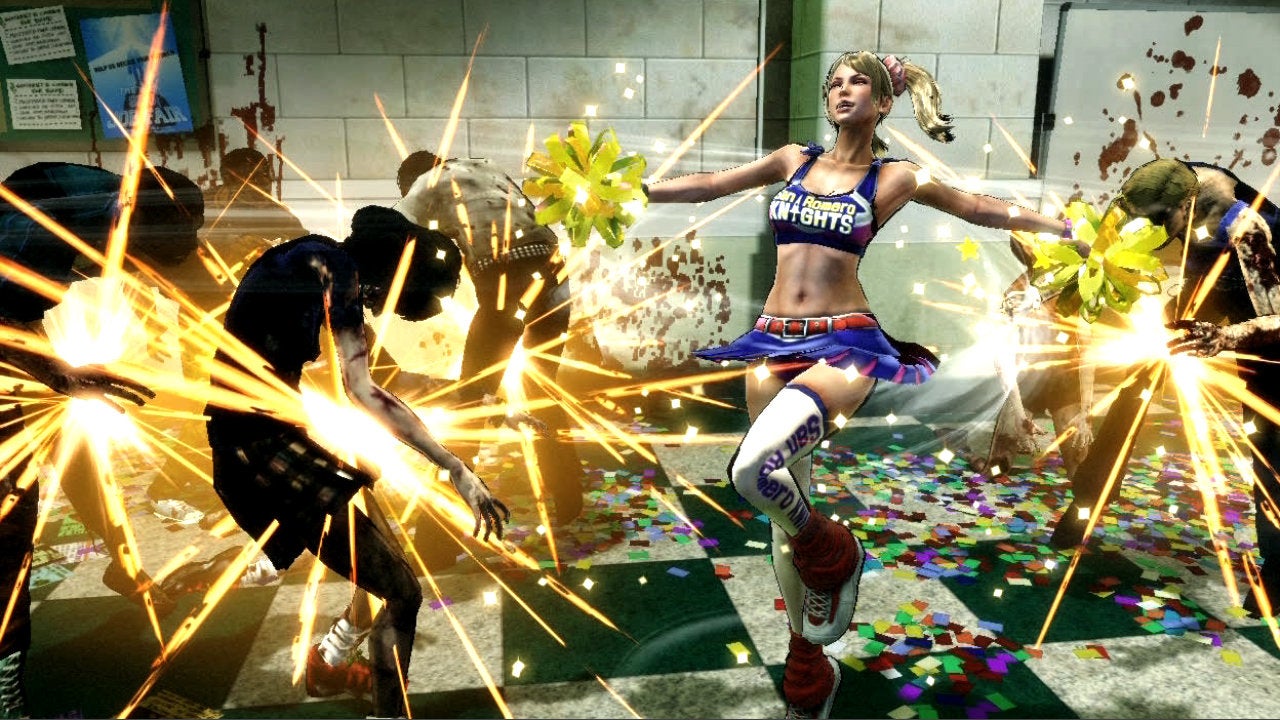 Dragami Games – the team behind the upcoming remake of cult classic Lollipop Chainsaw – has given us our first sneaky peek of leading lady, Juliet Starling.

Last year, the remake’s producer said that upcoming remake of cult classic Lollipop Chainsaw will not make broad changes to the story or design of the original game, and that includes any potential changes to the look of its main character, cheerleader Juliet.

Courtesy of a celebratory New Year’s tweet, it looks like the team has been true to its word. Although it’s only the tiniest glimpse, we’ve finally got our first look at the new-look Juliet, who’s still slashing through hordes of zombies rocking a skimpy outfit, which you can see below:


Granted, it’s not much to go on, but it should be welcomed news to those who’d been concerned about plans to modernise the 2012 hack-and-slasher.

The studio spent much of last year trying to convince players that the upcoming remake of Lollipop Chainsaw will not make broad changes to the story or design of the original game after several lines from the project’s original announcement confused fans.