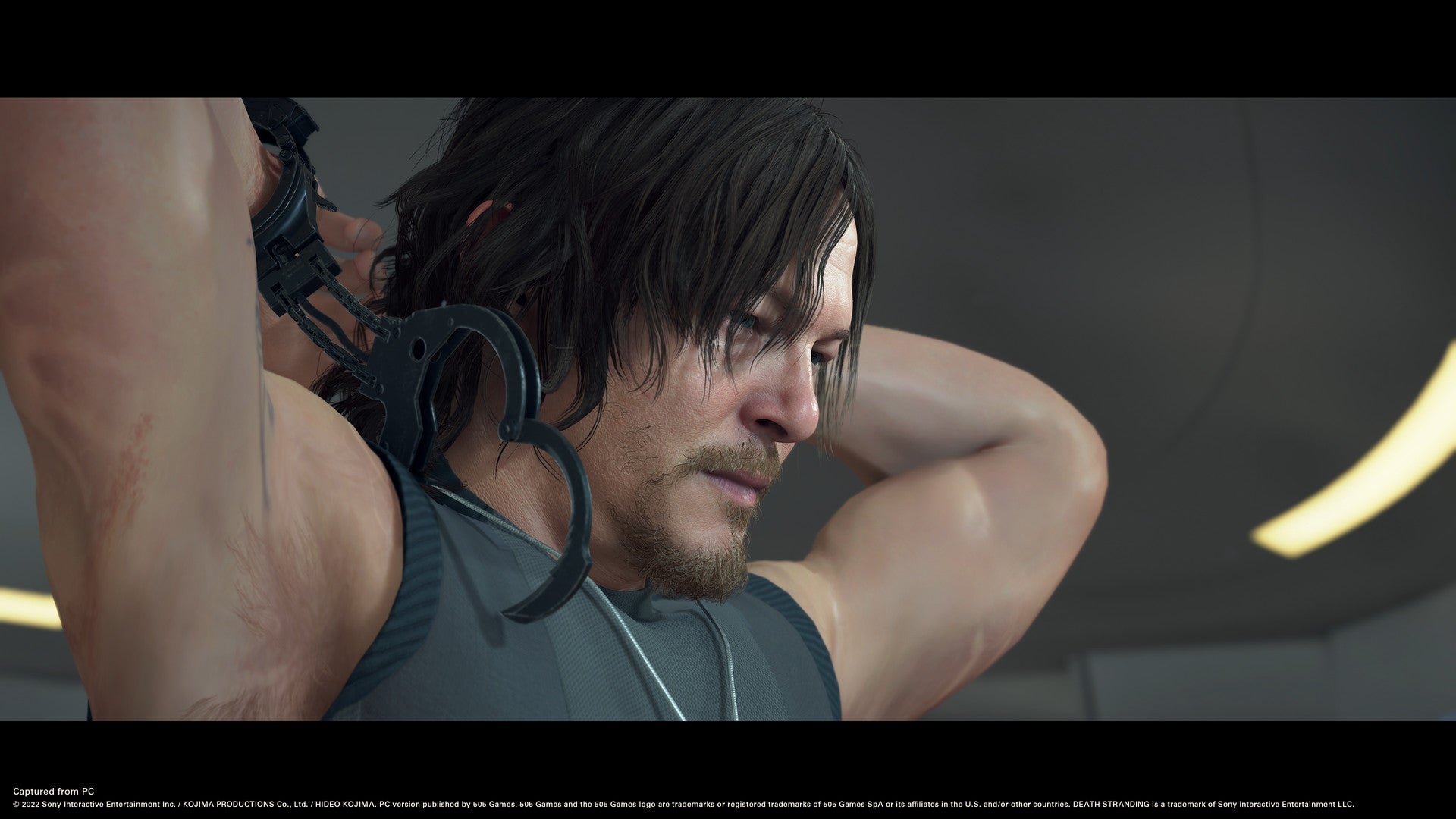 Speaking to IGN, Kojima said he partnered with Barbarian executive producer Alex Lebovici in a bid to avoid making a “blockbuster” film.

“I was on video calls with lots of people in Hollywood every week beginning last year, and not just for Death Stranding,” Kojima revealed.

“I received a lot of offers, but my intention from the start was never to make a blockbuster film. Alex Lebovici from Hammerstone Studios shared my vision with regards to that. There were a lot of pitches to make a large-scale movie with famous actors and flashy explosions, but what good would explosions be in Death Stranding?

“Making money isn’t something I’m focused on at all, either. I’m aiming for a more arthouse approach, and the only person who offered to make a film like that was Alex Lebovici, which makes me think he’s a rather unusual type.”

Death Stranding the video game stars The Walking Dead’s Norman Reedus as Sam Porter Bridges, a courier who travels across a post-apocalyptic United States with bottled babies able to bridge the gap between life and death.

Kojima said he has yet to decide whether characters from the game such as Sam will make it into the film, stressing he wants to steer clear of the mistakes other video game adaptations have made.

“The failure of film adaptations of games from a while back has led to a lot of movies that cater to gamers, right?” Kojima said.

“That’s why they have the same kind of look as a game. I don’t want the Death Stranding movie to be like that. Rather, I’m taking the approach of changing and evolving the world of Death Stranding in a way that suits film well.

“I made Death Stranding to be a game, and games are games. There’s no real need to turn them into films. So in a way, the Death Stranding movie is taking a direction that nobody has tried before with a movie adaptation of a game. I think that what I need to make is something that will inspire some of the people who watch it to become creators 10 or 20 years down the line.”

There’s no Death Stranding movie release date, but it’s currently said to be “on the fast track with development underway”.

Meanwhile, Kojima is working on Death Stranding 2 for Sony and a mysterious cloud gaming project for Microsoft.