IO Interactive shared its plans for Year 2 of Hitman 3 back in January, revealing the Elusive Target Arcade, a PC VR release, plans for the World of Assassination Trilogy to hit Xbox Game Pass, and a new mode called Freelancer.

This new mode was set to release sometime this spring but in a new update released by the studio today, Freelancer has a new target window: the second half of 2022. IO Interactive says it sees Freelancer as “the next evolution of Hitman and an entirely new way to engage with the world and characters” it’s built in the World of Assassination universe over the last seven years. Due to how “expansive and involving” Freelancer is, the team says it needs more time to work on it.

“The truth is that it’s a luxurious decision for us to make,” IO Interactive writes in a blog post. “Hitman 3 has been a success and with that, we’re able to give our team that extra time to tighten the bolts and make sure that the mode is as close to our ambitions as possible. We want it to land well and be a platform for Hitman players to enjoy this game world for a long period of time. In fact, we’ve had several rounds of internal testing, and we’ve even shared playable builds with some of our trusted and core community members to give feedback and share insights after lengthy playtests. This was all done on their own machines and in their own homes to truly replicate what it will be like when we launch the mode.

“The feedback from the playtests was largely positive and the mode is in very good shape. As we’ve said, we’re taking some extra time to tighten the mode up and improve several elements that we think will greatly improve the gameplay experience. Whilst we work on those improvements, we’re also preparing to dive deeper into the mode and share more of what you can expect. With all of that in mind, we’re now aiming to release the Freelancer game mode to Hitman 3 in the second half of 2022. We think it will be worth the wait.”

IO has shifted its Year 2 plans to accommodate this delay, including adding a few more rounds of Featured Contracts than it would normally release over the course of this month. The studio has also revealed that new content planned for April was shifted to the May 24 update, including usual ET Arcade Unlocks and word that “Hitman 3 ET’s back on the menu.” You can take a look at the new May Year 2 roadmap below: 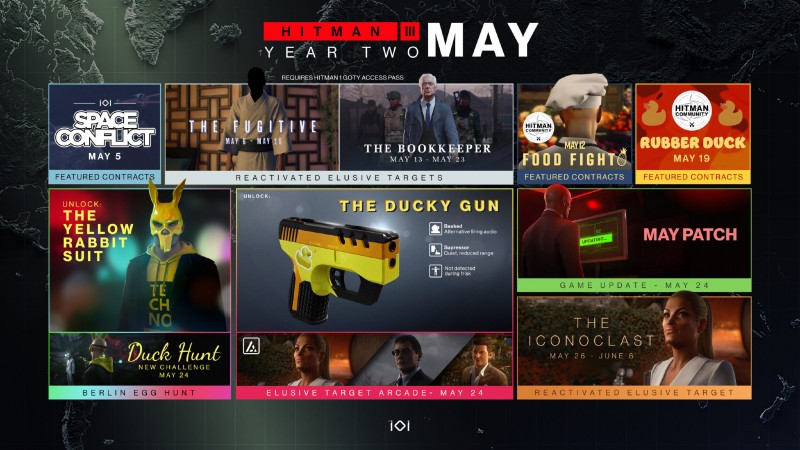 As you can see, that May 24 update, dubbed Patch 3.110, will also include PC RayTracing. What’s more is that IO Interactive has revealed that its new map, now titled Ambrose Island, will be added to Hitman 3 this July.

“This new map will have an intriguing narrative for Hitman fans, as it takes place before the events of Hitman 3 and fills in a few gaps from the World of Assassination storyline,” IO Interactive writes in its blog post. “We’re excited to share more details in the run-up to release, and we’re even more excited to show you another look at the location in all its glory right now.” 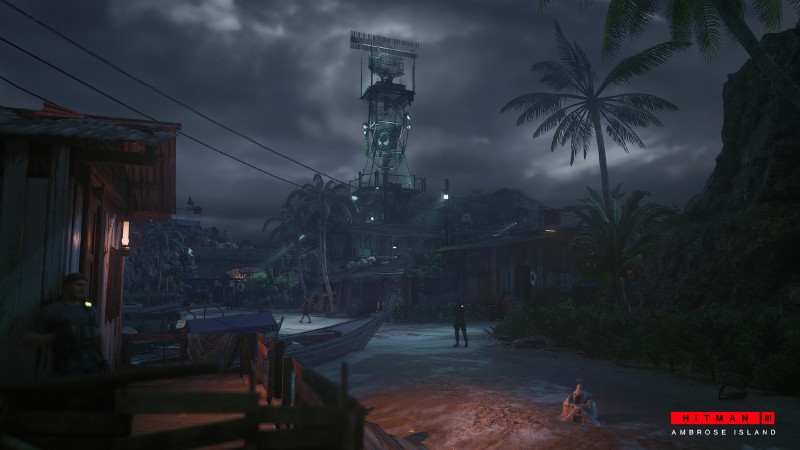 Are you excited about what’s to come in Year 2 of Hitman 3? Let us know in the comments below!