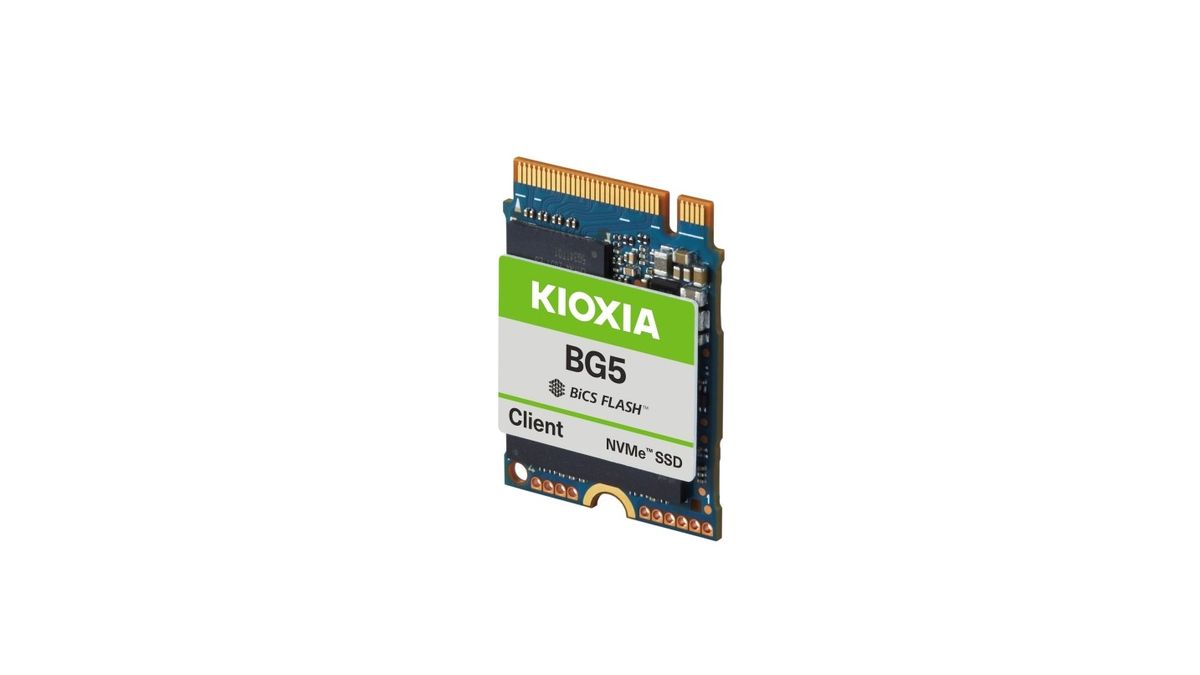 Kioxia has announced the latest addition to its lineup of PCIe 4.0 SSDs with the launch of the new Xioxia BG5 Series.

While the company says it designed its latest M.2 SSDs to bring a suitable balance of performance, cost and power to everyday gamers and PC users, keep in mind that its BG Series NVMe SSDs are aimed at businesses making ultra-thin PCs and IoT embedded devices though these drives can also be used for server boot in data centers.

“Market adoption of DRAM-less SSDs is increasing steadily, thanks to HMB’s ability to reduce the overall bill of materials without degrading the data read/write performance of the SSD. The fact that KIOXIA realized PCIe 4.0 performance with a DRAM-less architecture is a win for mainstream client applications.”

The Koxia BG5 series is now sampling to key industry partners and customers though the company has yet to provide an official release date as well as pricing regarding its new SSDs.