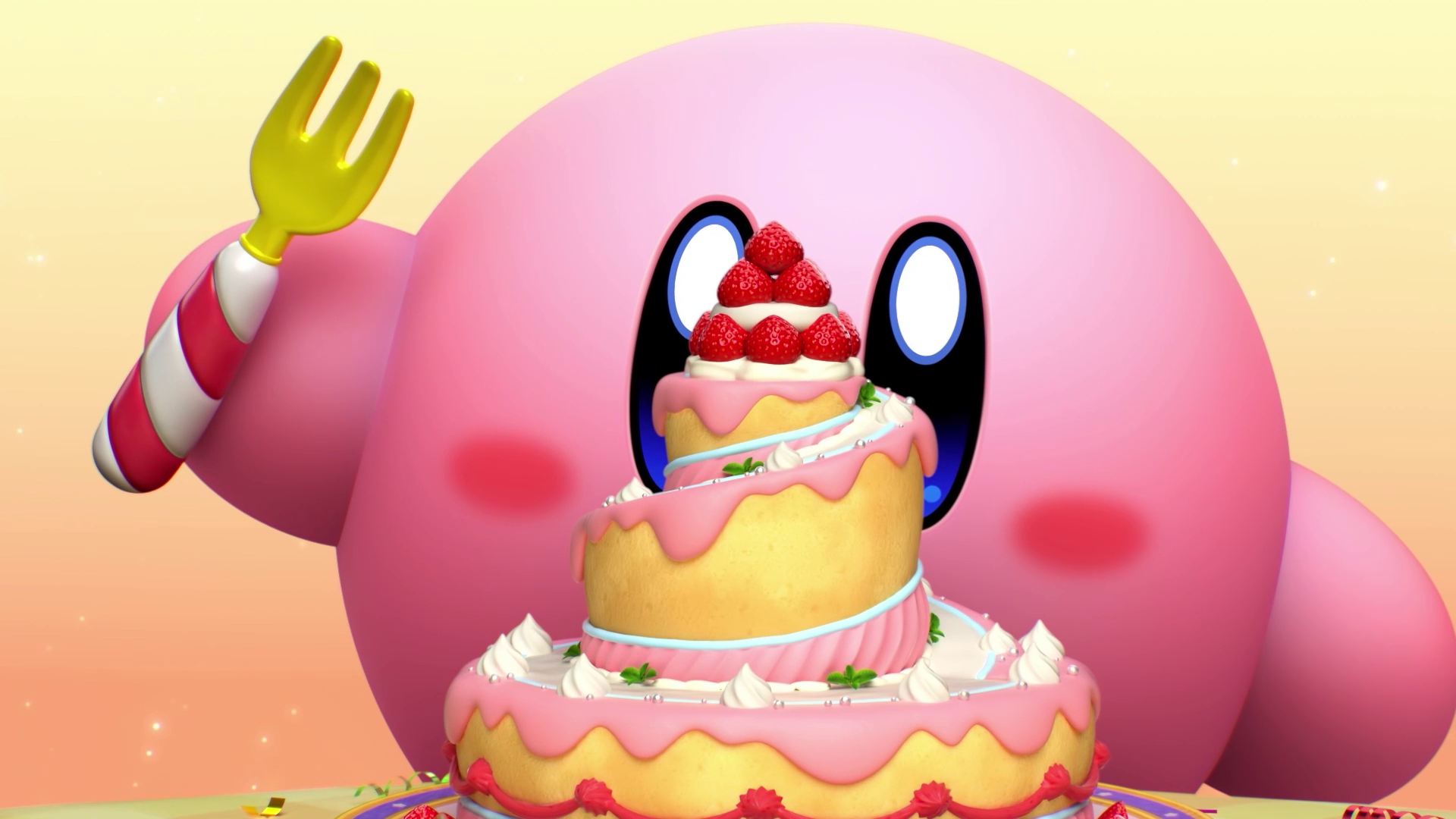 As a reminder, this is the all-new downloadable Kirby game set for the Nintendo Switch eShop, which got announced just a month ago.

A spin-off from the pink puffball’s regular platforming antics, Dream Buffet sees up to four players roll around levels as different-coloured Kirby characters, gobbling up types of food and sweet treats. Whoever eats the most, wins!

Copy abilities let you pick up food from further afield, or flatten rivals.

If you’re already done with Mario Kart 8 Deluxe’s Wave 2 DLC and waiting impatiently for Splatoon 3 to launch, this might just tide you over.