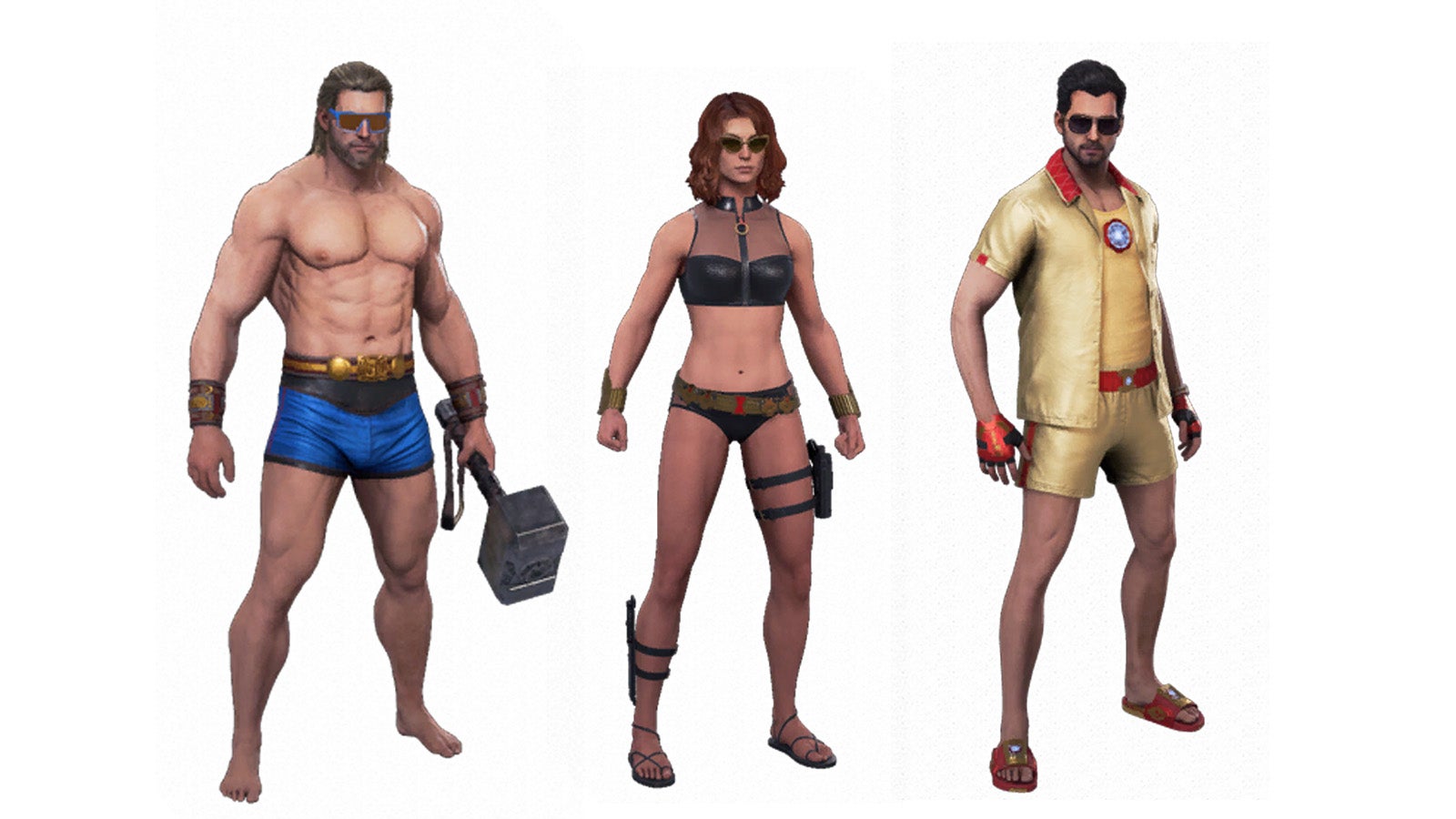 Marvel’s Avengers looks to be getting a selection of beachwear skins, because of course it is.

Summer designs for Thor, Black Widow and Tony Stark have been unearthed in a new datamine of the game, from reliable leaker Miller (thanks, MP1st).

Square Enix is yet to announce the skins officially – and of course, being in the game’s files doesn’t guarantee they will be released.

First off, Thor, who looks ready to party in a pair of very tight blue short shorts and matching blue shades.

Next up is Natasha, who – I mean, this was just an excuse to put Black Widow in tights and bikini, what else is there to say.

Finally, Tony, who looks ridiculous in a gold shiny shirt and shorts, like a cross between pyjamas and a lifeguard costume. Can he really still hover using those Iron Man flip-flops?

Sun’s out, guns out, shield out.

Bask in the summer heat with the American Dream Outfit for Captain America.


In case you missed it, Marvel’s Avengers added Jane Foster’s Mighty Thor as a playable hero last week via a free update. I guess the money for these things has to come from somewhere.