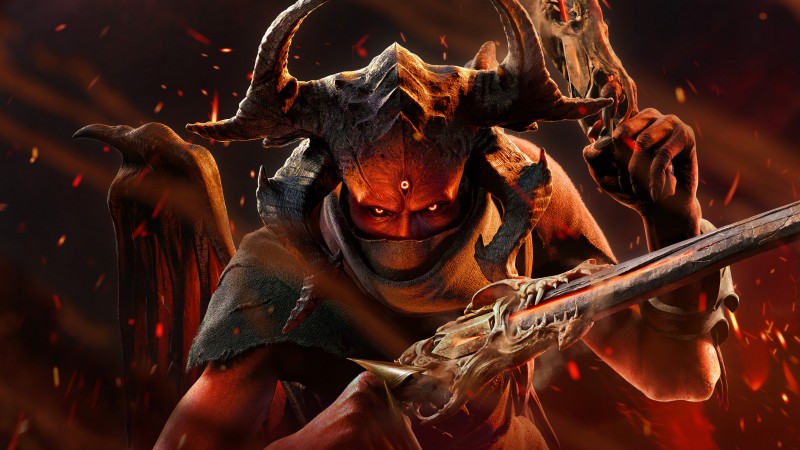 Funcom and The Outsiders have announced a metal concert happening at this year’s Gamescom in Cologne, Germany to celebrate the impending release of their heavy metal rhythmic shooting game, Metal: Hellsinger. The concert, which takes place on August 25, hopes to become the largest concert ever put on at the massive annual gaming convention.

Several of the vocalists featured in Metal: Hellsinger will be on hand to perform their songs from the soundtrack. Matt Heafy of Trivium, Alissa White-Gluz of Arch Enemy, Mikael Stanne of Dark Tranquility, Dennis Lyxzén of Refused and INVSN, and James Dorton of Black Crown Initiate are all currently scheduled to take the stage. The concert is set to kick off at 7 p.m. Central European Summer Time (1 p.m. Eastern/10 a.m. Pacific). The event is free and open to thousands of in-person attendees, with potentially millions being able to join through a livestream, which will be detailed at a later date. The first 200 people to enter the hall for the concert will receive a bag full of exclusive Metal: Hellsinger merchandise.

Metal: Hellsinger comes to PlayStation 5, Xbox Series X/S, and PC on September 15. If you want to try the game for yourself, a demo is currently available on all three of those platforms. If you’d rather read my hands-on impressions, you can do so here.