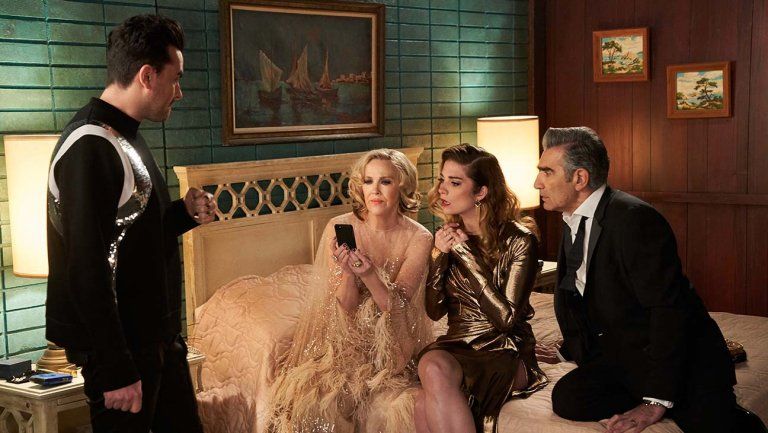 Schitt’s Creek is leaving Netflix in the fall, it was confirmed this week.

The comedy. which ran for six seasons, will move from Netflix to Hulu in the US this autumn, with October 3 being its final day on Netflix. At the moment, the move is only taking effect in the US.

Created by Eugene Levy, he of American Pie fame, and his son, comedian Daniel Levy, the show followed the Rose family. Once wealthy video store magnates, after they discover that their business manager had embezzled away their fortune, the family is forced to relocate to Schitt’s Creek, a small town they once purchased as a joke some years earlier.

Schitt’s Creek has become so synonymous with Netflix that it is widely regarded as Netflix show, but it was actually commissioned and produced by CBC television, which is part of the Canadian Broadcasting Corporation. Netflix held the rights to the show in the US, the UK, Ireland, France, Japan, Australia, and South Africa, which is where most of the show’s viewers then discovered it.

The show has been a big hit for Netflix and a big hit at awards shows too. Its final season swept all seven major comedy awards at the Emmys in 2020, which set a new record for most Emmy wins by a comedy series in a single season.

Now though, it is leaving, and heading elsewhere.

Hulu must be thrilled…

It is and Hulu president Joe Early confirmed as much. He said of the move: “Based on the number of Schitt’s Creek GIFs we Slack every day, it’s no surprise that we are absolutely thrilled to welcome Johnny, Moira, Alexis, ‘Daviiid’ and the wonderfully unique residents of Schitt’s Creek to Hulu. We can’t wait to share the award-winning, blisteringly-funny, yet heartwarming series and characters with our subscribers. We know they’ll fit in nicely.”

Is this yet more bad news for Netflix?

It certainly isn’t good news. Though you could argue that Netflix has had good value from Schitt’s Creek in the time it has had it, the comedy has such a good reputation that it now sits alongside shows like Friends, The Office, and Parks and Recreation in demanding endless rewatching.

Marketing for a streaming service should not be based entirely on new content. There’s a lot to be said for the value of a back catalog and for comfort viewing. You can be sure Hulu will market the hell out of Schitt’s Creek when the show makes its bow on the service in October.

Sitting alongside the announcement of the loss of 200,00 subscribers, layoffs and two canceled shows, this could be the final instalment in Netflix’s week from hell .