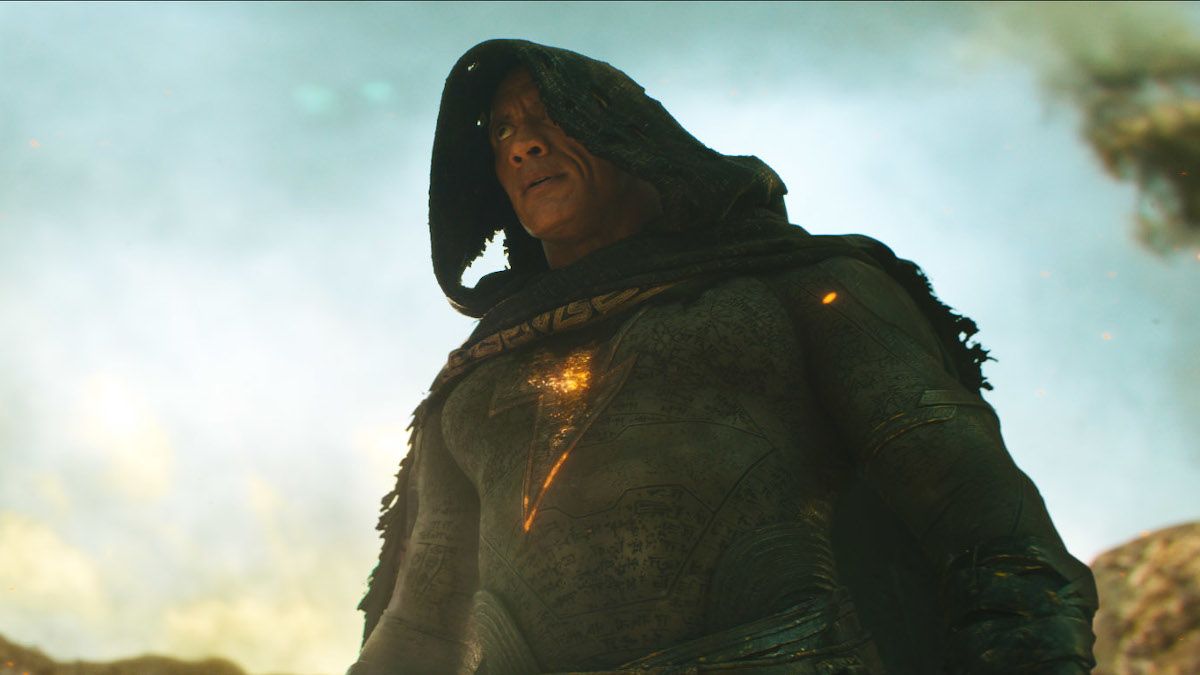 Warner Bros’ panel at San Diego Comic Con took place earlier today (July 23), and, while fans were treated to brand new looks at both Black Adam and Shazam! sequel Shazam! Fury Of The Gods, the panel was light on anything else.

Reports had rumbled during the week that Henry Cavill was set to make an appearance on the panel to finally offer some clarity in his role as Superman, but there was no sign of the Man of Steel during the show, which stuck rigidly to reveals for Black Adam and the Shazam! sequel.

Me waiting for Henry Cavill to show up but DC ended their panel #SDCC #BlackAdam #DCEU pic.twitter.com/vPbg1OAFCIJuly 23, 2022

As well as a lack of Superman, the panel also didn’t offer any updates on the much-delayed blockbuster, The Flash, or the Aquaman sequel, or the third instalment of Wonder Woman, or the sequel to The Batman, or indeed any scraps of information on Batgirl or the newly-announced Static Shock movie.

To be fair, The Flash, Aquaman and Batman did make short appearances, but only with the use of old footage in the first trailer for Shazam! Fury Of The Gods, which you can see below:

The panel’s real highlight was the unveiling of the trailer for Shazam! Fury of the Gods, which will be with us in December.

It was confirmed by star Zachary Levi that the new movie will be set two years after the first film. Fans also got a look at the movie’s villains, The Daughter of Atlas, who will be played by Helen Mirren, Lucy Liu and Rachel Zegler. Levi also teased the possibility of a third movie, if the audience is willing, telling fans “If you guys go and see it, I’m sure the bosses will want to make another one.”

Zachary Levi teases what to expect in #Shazam #SDCC pic.twitter.com/zBVWj6SnoqJuly 23, 2022

Shazam! then gave way to Black Adam, with Dwayne ‘The Rock’ Johnson and director Jaume Collet-Serra taking to the stage to present a brand new short trailer from the dark new addition to the DC Movie universe.

Speaking about the role, Johnson told the crowd it had been a long journey to get to the movie being greelit. He said (via Deadline): “It has been a long journey filled with passion and grit to push Black Adam along — it has been over 10 years. To be here at Comic-Con, Hall H, representing a DC hero, an anti-hero, is a dream come true. When I started 20 years ago, many moons ago, I would bring movies here and hope people would love it. How can we create something that is fresh and unique… show and create something that’s never been done? My goal is to usher in a new era in the DC universe. What is it like to build out the DC universe with the Justice Society as well,”

As well as the new trailer, which you can see below, it was also confirmed that Black Adam will feature Viola Davis, who will bring Amanda Waller, the character she has played in both iterations of Suicide Squad, to the movie.

Later on tonight, Marvel Studios head honcho Kevin Feige, who will be revealing new plans for the Marvel Cinematic Universe. We’ll be live-blogging the event, so keep your eyes peeled to TechRadar for full details.