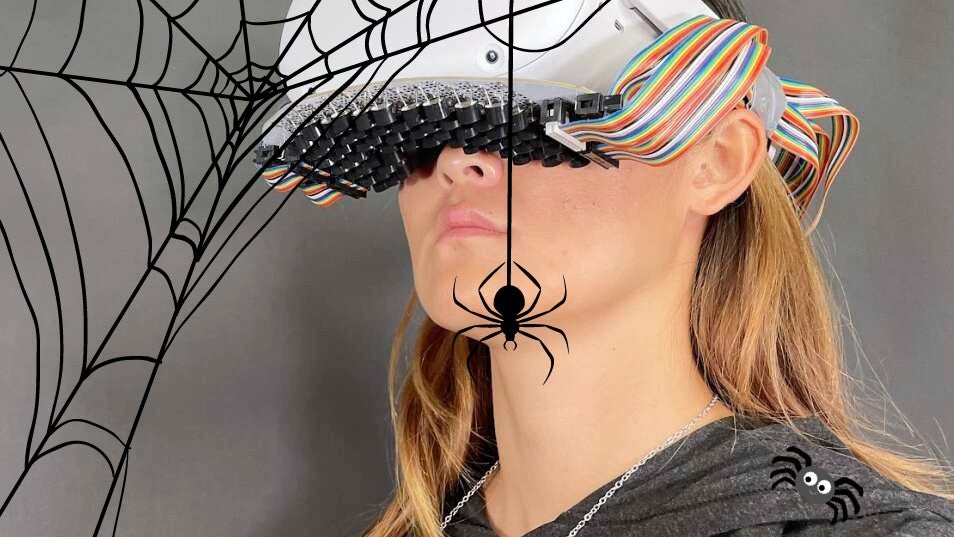 VR is amazing, for sure. It adds a whole other level of immersion to your gameplay and as a result will enhance the overall experience. However, a group of scientists has taken this winning formula and now boosted it even further. How have they done this? Simply by letting your face and mouth also become part of the VR experience. And how have they chosen to demonstrate this new tech? Well – with, er, spiders.

Before we go on, let me quickly assure you that when I say spiders, I do not mean real spiders. Rather, just some small VR arachnids. So, once more to clarify, no real spiders (or people for that matter) were harmed in the making of this article.

Anyway, back to the matter in hand. A group of scientists from Carnegie Mellon University’s Future Interfaces Group (via PC Gamer) have taken a standard Oculus Quest 2, and decked it out with a series of ultrasonic transducers.

These transducers then generate ultrasonic energy, which is directed towards the users’ lip area. As such, when all this is in play, users will be able to feel sensations such as ongoing vibrations or an erratic pulsing on their lips and face.

So, where do the spiders come in, I hear you ask.

Simple… the scientists got their subject to wear the new-fangled Oculus headset and walk through a haunted forest scenario, complete with webs and those eight-legged critters that we all know and love (or perhaps that’s loathe). When one such chap leapt onto the user’s face, the headset sent out “random impulses that simulates an insect scurrying around the face”. In addition to this, the user also came across a giant boss spider in the forest, which was dripping with a lurid green venom. And, yes, the user got to feel every splatter of that venom as it cascaded down her face.

As well as the various spider scenarios, the scientists also recreated a school environment with a water fountain to drink from, a break room where the user can have a drag on a cigarette and motorcycle racing game where user felt the wind blowing on their lips thanks to the headset’s new haptic feedback.

You can check out the full demonstration of this new tech below.