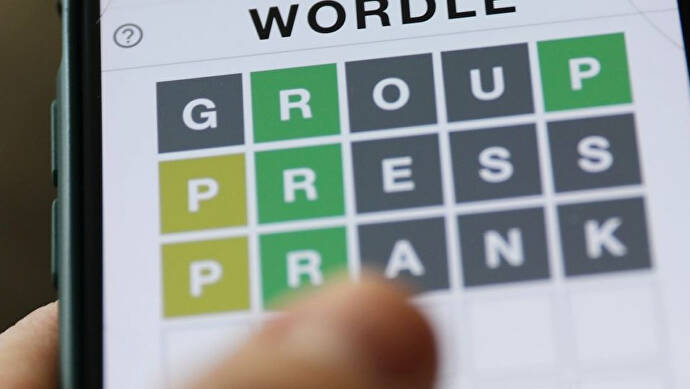 The New York Times has decided to remove today’s intended Wordle answer, in case players thought its appearance was an attempt by the newspaper to reference a “major recent news event”.

We’ll mention the word itself below.

However, the New York Times is unable to affect Wordle’s list of upcoming answers (all pre-programmed into the game months in advance) if you do not refresh your browser window. This means some players will still see the removed word today.

The removed word is “fetus” – though anyone with a recently-updated word list will see a replacement answer.

Pre-empting questions and headlines surrounding the change, the New York Times today published a blog post highlighting its decision to remove the word, and explaining why those who do not update their browser windows will still see it.

The blog post does not name the word itself, or explain the “major recent news event” which the change has come in reaction to. It’s clear, however, this relates to the US Supreme Court’s recently-leaked and highly-controversial plans to roll back Roe vs. Wade, a 50-year-old legal judgement that enshrines a woman’s right to an abortion.

“Some users may see an outdated answer that seems closely connected to a major recent news event,” the New York Times wrote by way of an explanation. “This is entirely unintentional and a coincidence – today’s original answer was loaded into Wordle last year.

“At New York Times Games, we take our role seriously as a place to entertain and escape, and we want Wordle to remain distinct from the news.

“But because of the current Wordle technology, it can be difficult to change words that have already been loaded into the game. When we discovered last week that this particular word would be featured today, we switched it for as many solvers as possible.”

The New York Times went on to say this was “a very unusual circumstance” – although still something it was working to avoid happening again in future, via a revamped version of the game which will ensure “everyone always receives the same word”.

Over the past week, two video game developers have spoken out over the US Supreme Court’s plans to overturn Roe vs Wade. Psychonauts studio Double Fine said the court risked “denying people their human rights and directly impact the lives, freedoms and choices of everyone in this country”. Destiny maker Bungie, meanwhile, called it a “direct attack on human rights”.

Back in February, Wordle also featured two possible words – after the New York Times decided to cull the game’s list of answers to remove some it deemed too obscure, or to be offensive.