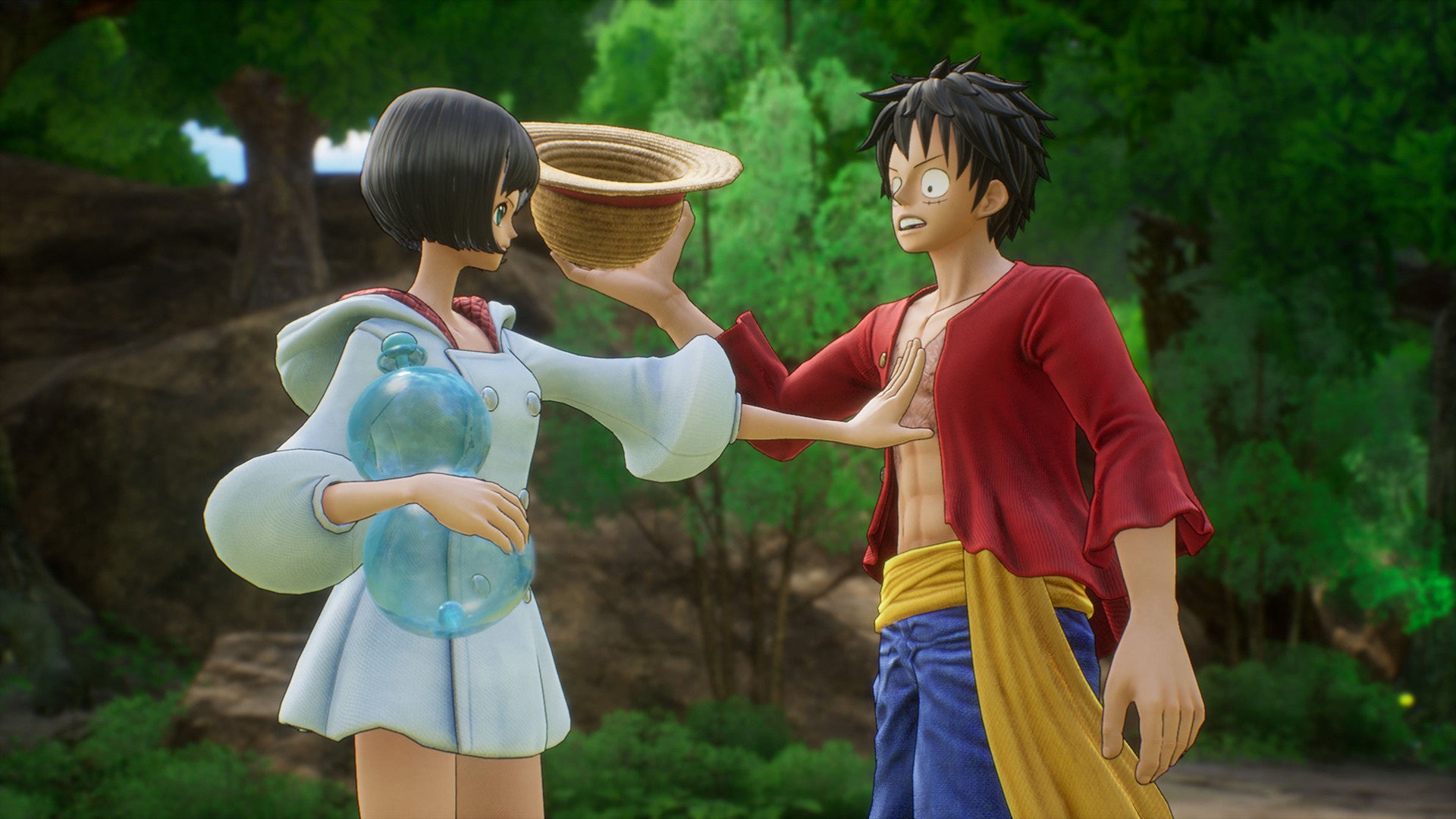 If you’re at all curious about One Piece Odyssey – the latest limb-stretching video game adventure for Monkey D. Luffy and friends – Namco Bandai has you covered, with a demo now available on Xbox and PlayStation ahead of this Friday’s release.

One Piece Odyssey unfolds on a mysterious island discovered by the Straw Hats pirate gang after their ship is caught in a storm. The ensuing action takes the form of an RPG, with open-world exploration punctuated by turn-based battles and dungeons – with each of the game’s playable characters able to use their unique abilities in variety of situations, including battles, traversal, and puzzle solving.

Playable characters include Luffy, Zoro, Sani, Usopp, and Nami, with the likes of Portgas D. Ace and Trafalgar Law putting in an appearance as supporting characters that can fight alongside the core crew. In story terms, that’s possible thanks to Memoria – a realm made of the Straw Hats’ memories, which they’ll need to explore to retrieve their lost abilities.

If your interest is sufficiently piqued, you can play through One Piece Odyssey’s first hour or so in a free demo now available on Xbox and PlayStation. The full game launches for Xbox Series X/S, PlayStation 4, PlayStation 5, and PC this Friday, 13th January, and progress made in the demo carries over to the retail version.