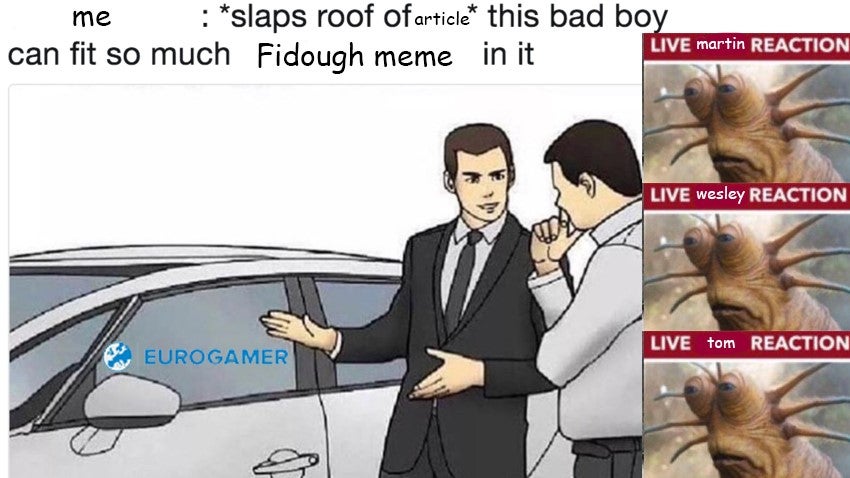 The internet went barking mad over all the new information revealed in yesterday’s Pokémon livestream, but in particular the new breed Fidough, who yesterday became one of main topics of discussion on the internet.

I’ve been asked (read, allowed) to bring you the best freshly-baked Fidough content that we’ve been enjoying. Consider this as a bit like a Paul Sudowoodo handshake.

Right. Let’s get this bread.

There’s been so much fanart of the different flavours and types of bread Fidough could evolve into.

Beautiful cinnamon roll.Too good for this world, too pure.

He has the range, darling. I love the variations that people are coming up with, especially the melon bread and cinnamon rolls. It’s making me wish I had a pineapple bun to eat…

We’ve got some insight into Fidough’s 10-step skincare routine. How else does he get that smooth skin? With that elasticity?

Here he is getting some pre-bake spa treatment.

Show your affection to Fidough with some punches of love.

this might be my dream team in pokemon scarlet pic.twitter.com/rmgaAnZaC6


He will be baked now.

Gotta protect the eyes when you’re getting your tan on.

Mary Berry begins #Doughgate on series 14 of The Great British Bake Off. A controversial judgement but that won’t stop Fidough from living his best life.

Fidough likes getting up to normal dog things, like going for a RUN (Reconnaissance Undercover Networking).

One of these things is not like the others…

And to celebrate Fidough’s induction to Know Your Meme, let’s have some memes. I’m sure that when I started this work experience three weeks ago this is exactly what Tom and Wesley were expecting.


An unfortunate resemblance to Whitney Chewston, famously not a fan of gay people.

If Butter Dog is looking for some album art, I might know a person.

To round things off, have a bonus Wooper Pooper because it’s a mood.