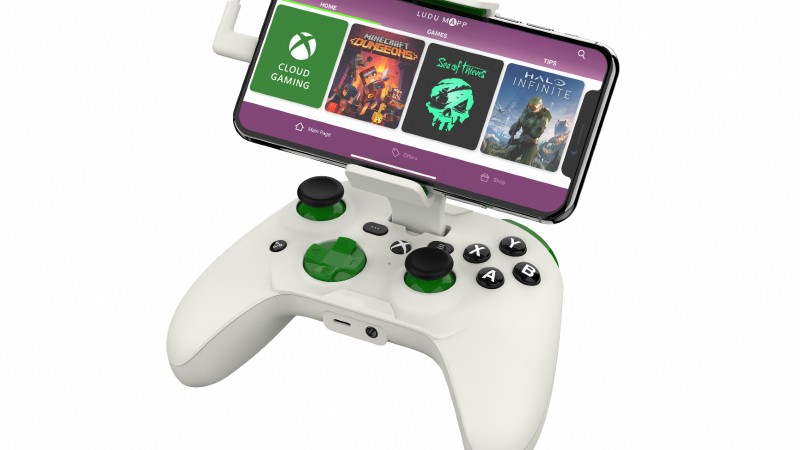 RiotPWR has revealed a new controller specifically designed for Xbox cloud gaming on mobile devices, and it looks great.

RiotPWR is no stranger to creating controllers with mobile gaming in mind, but today’s reveal is the result of a collaboration and partnership with Xbox. The team set out to “develop and manufacture a full form-factor mobile gaming controller to enhance Xbox Cloud Gaming with high-quality, dedicated equipment,” and who better to work with on this than the people at Xbox. Dubbed the RiotPWR Mobile Controller for iOS (Xbox Edition), this controller is available to preorder starting today. RiotPWR will release it on Aug. 1 but if you preorder today, you’ll get 10% off the price.

“The RiotPWR Mobile Controller for iOS (Xbox Edition) is Lightning-connected, therefore requires zero batteries or Bluetooth to use, and has a removable, adjustable phone mount display,” a press release from RiotPWR reads. “It also includes RiotPWR’s unique pass-through charging feature that allows users to charge their mobile device while using the controller without worrying about a low battery interrupting their game. Users can even record their gameplay with the push of a button and plug in headphones to fully immerse themselves in their games.”

This controller is available to preorder today and will be released online and at various retailers on Aug. 1.

Do you currently have a controller for your mobile device? Let us know what it is and what you like about it in the comments below!