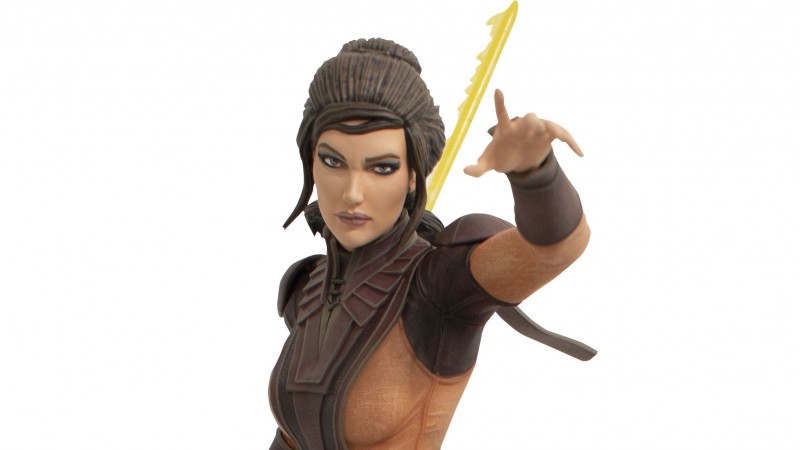 The Knights of the Old Republic remake sounds like it may be running into some trouble, but fans of the original classic BioWare game have reason to celebrate. Celebrated collectibles maker Gentle Giant is prepping a new statue depicting one of the central characters of the original game. Jedi Knight Bastila Shan has never looked better.

The action-posed figure depicts Bastila Shan in battle with a Guardian Droid in the ruins of Dantooine, one of the early sites players visited in the game. The statue is made of PVC, and looks to feature some impressive sculpting and paint work. The yellow-hued double-bladed lightsaber in mid-swing is a particular highlight.

If it’s been a few years since you ventured into the classic Star Wars RPG, Bastila Shan was a Jedi Master many thousands of years before the events of the Skywalker Saga. Among other gifts provided by the Force, she had the rare capability known as battle meditation, which could be used to boost her allies and demoralize her enemies. At one point, she was tortured and turned to the dark side by Darth Malak, and the player is given a choice of how to interact with her – including options to redeem or kill her.

The new statue is steering toward launch in spring of 2023, but pre-orders open in just a few days, on 8/19 over at Gentle Giant’s official site. Suggested retail price is 80 republic credits, or $80 if you prefer your local currency.