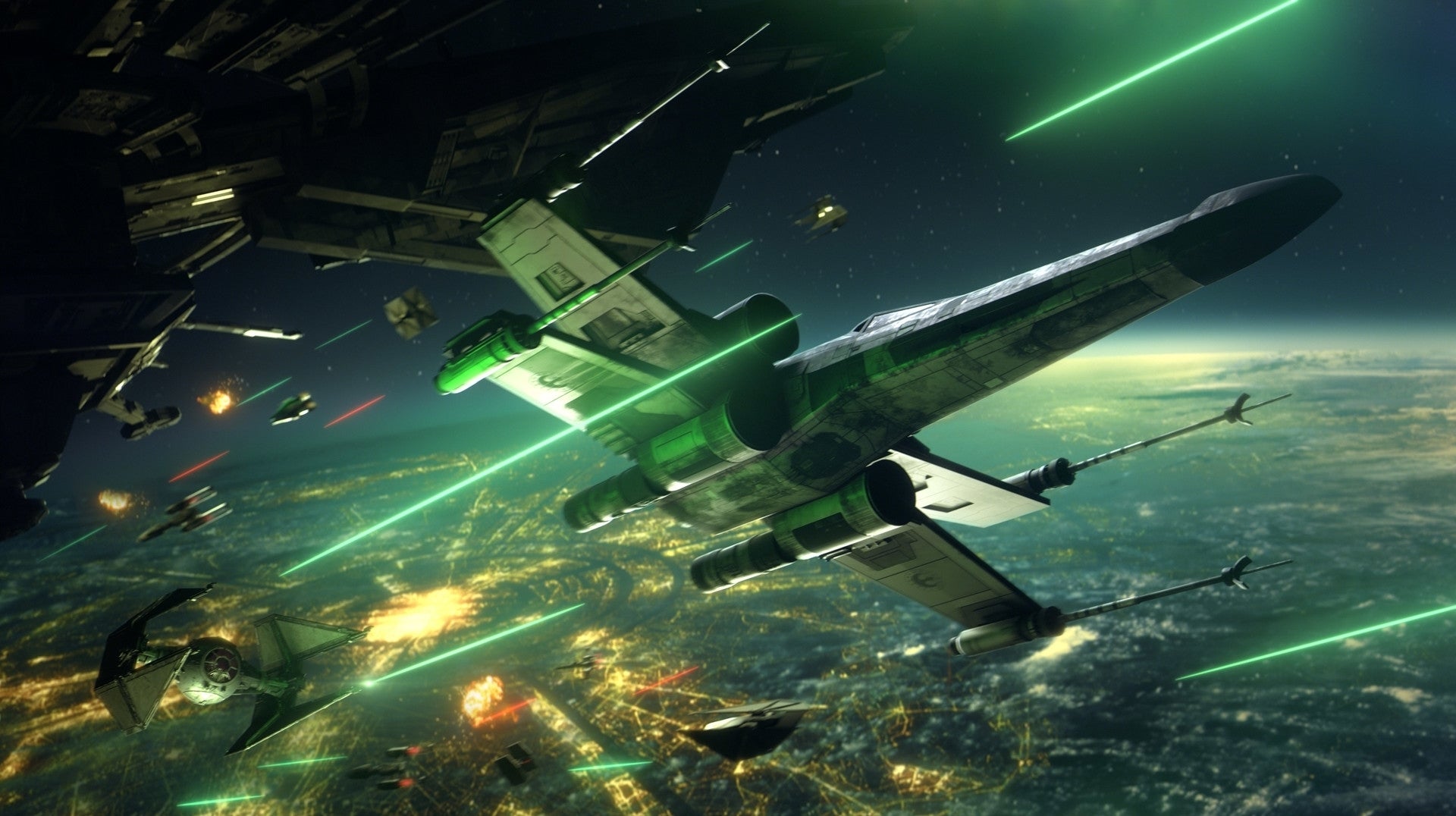 If you’ve already swiped this week’s Epic Store freebies – Evil Dead: The Game and Dark Deity – and still remain unsated, you might want to pop next Thursday in your diary when something else shoots down the freebie pipe in the form of EA Motive’s Star Wars: Squadrons.

Star Wars: Squadrons is something of a spiritual successor to LucasArts’ beloved X-Wing and TIE Fighter games. It’s set during the final days of the Galactic Empire, after the events of Return of the Jedi, and sees players engaging in deep space dogfights, both in multiplayer and in a bit of a solo campaign mode. There’s even VR support if you’re appropriately equipped.

Eurogamer enjoyed Star Wars: Squadrons when it released back in 2020, awarding it a Recommended badge and describing it as “an immersive space sim that’s dazzling in VR [and] an exhilarating multiplayer experience, even if the story feels pedestrian.”

“Over the last week,” Emma Kent wrote in her review, “I’ve spent every day raring to get back in the cockpit… When played with friends, dogfights are a scramble of yelling and hunting down specific players, resulting in some extremely silly battles with plenty of crashes. If you have a VR headset, this game is something that has to be experienced, both for the rush of competitive multiplayer and the mood-building of the story campaign. Squadrons is a bit of a bumpy ride, but it can be a thrilling one – and this bucket of bolts will get you there in the end.”

Star Wars: Squadrons will be free to add to your Epic Games Store library from next Thursday, 24th November, for seven days, and – if you haven’t already grabbed them – Evil Dead: The Game and Dark Deity are free until then.