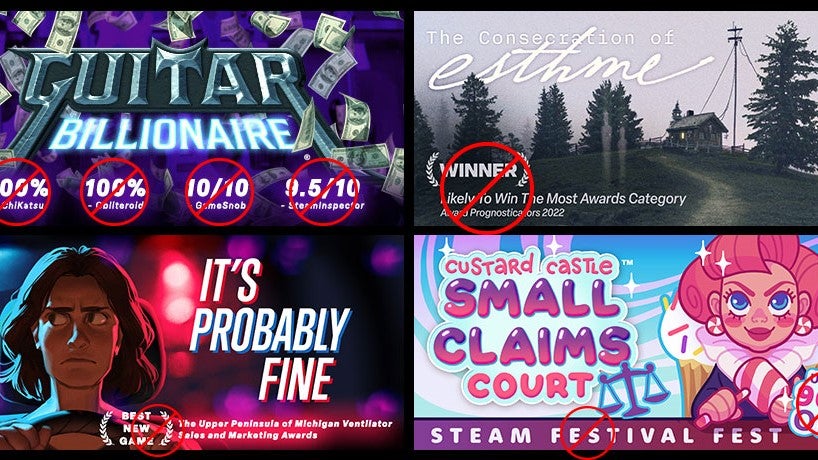 Valve is introducing new rules on what developers can include in their graphical asset capsules.

The new rules, which were announced yesterday, will take effect from 1st September.

Valve is making these changes to ensure the browsing and shopping process is as “clear and straightforward as possible” for customers.

Graphical asset capsules are the banners that are used to represent a game throughout the Steam storefront.

Valve has noticed an increase in overcrowded graphics, where review scores and award logos completely distract from the game’s own logo. Other text such as discount figures also create misleading graphics which can confuse customers.

To make viewing easier in the store, Valve will be enforcing these main rules from 1st September:

Capsule overrides will be available for developers to describe new content, such as major updates or new DLC, but these can only be shown for a maximum of one month. Additionally, any text included in overrides be localised for at least the same languages that are supported by the game.

Developers will still be able to add reviews and accolades on their store page, which appear below the Recent Events & Announcements banner.

The announcement is going down well with Steam users, who are all too familiar with cluttered graphics making it impossible to identify games.


A guide to the full rules is available to developers on the Steamworks documentation. Valve has not provided information on how this will be enforced, other than stating that any game which doesn’t follow the rules “may have limits to visibility within the Steam store and will be ineligible for featuring in official Steam sales and events”.